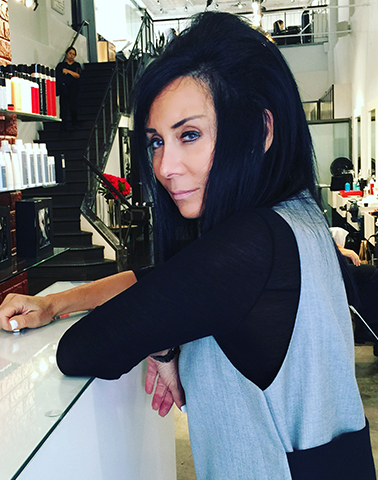 NJ is a Webby award-winning creative and serial entrepreneur focusing on luxury and emerging fashion brands. As The Brunette and her alter ego, The Blonde, she is internationally recognized as a fashion trendsetter, style icon, and often referred to as “one of chicest women in the world.” She has been named a “Style Icon” by Louis Vuitton, recognized as one of LA’s “Leading Ladies of Style” by Angeleno Magazine, is a member of the Vogue 125, a Brand Ambassador for Net-A-Porter; a newly minted member of the inaugural NYU Stern Business School Fashion & Luxury Council, and the muse of famed jeweler Martin Katz. Some of her most recent investments in the fashion arena include as an angel and advisor for etailers, 11 Honoré, the luxury and designer clothing brand in sizes 10 to 20, and Armarium, which offers current season high fashion designer looks straight from the runway.

She also balances an active career as an in-demand fashion and business journalist which encompasses a strong following as an ongoing Forbes contributor with her Women@Forbes column, her column for Money Inc, as well as articles for publications ranging from Fortune to Fast Company. She has interviewed everyone from Alber Elbaz, Olivier Theyskens, Rachel Zoe, Derek Lam, Thakoon, the Missonis, Jason Wu, J.W. Anderson, Mary Katrantzou, and Giuseppe Zanotti to Brandon Maxwell. She has also regularly attended and covered events such as the Met Gala as a contributor for The Hollywood Reporter, Pret-A-Reporter, Dauphine Magazine, C Magazine and C Social Front.

Although her first love is fashion, Falk Goldston is well-known in the business and creative community as the as the Managing Partner of Athletic Propulsion Labs (APL) since it was founded in 2009, Founder of her advertising, branding, and interactive agency The UXB, and as an award-winning member of the by-invitation-only International Academy of Visual Arts (IAVA), the International Academy of Digital Arts & Sciences (IADAS), a seven-time Webby Judge and seven-time winner including for the Blonde & The Brunette, multiple Communications and Davey Awards winner and judge, and a member of The Metropolitan Museum’s Friends of The Costume Institute. She is a graduate of the NYU Tisch School in Film and Television, NYU College of Arts & Science in Journalism and has her MBA in Marketing and Economics from the NYU Stern School of Business . As an in-demand creative, NJ has worked in the entertainment industry for MGM and Universal Studios as well as shaped print, video, and digital campaigns for major clients world-wide including the fashion industry. She is an inaugural member of the newly formed Forbes Los Angeles Business Council and the Board of the Otis College of Art and Design Benefit & Fashion Committee. She’s been honored by Big Brothers Big Sisters and Aviva as the Innovator of The Year Honoree for The Blonde & The Brunette. You can often find her front row at runway shows from Louis Vuitton and Chanel to Prada, sitting at her laptop at 1 AM or working with the stylistically diverse group of B&B contributors. She does it all with a bit of élan and a steady stream of lattes. 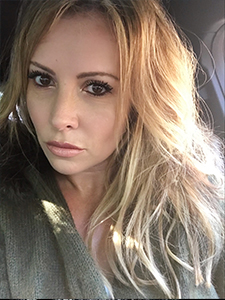 Julia Obst, originally from Russia, has been an LA girl her entire life. After years of spending time on the LA social scene, she realized she should use her relationships and contacts and turn them into a profession.

From owning her own pr firms to working at the top pr firms in LA, she was a publicist for seventeen years.

With a passion for pop culture and fashion, she now works as a contributing editor at The Blonde and The Brunette and prides herself on always valet-ing and never carrying any cash. True story. 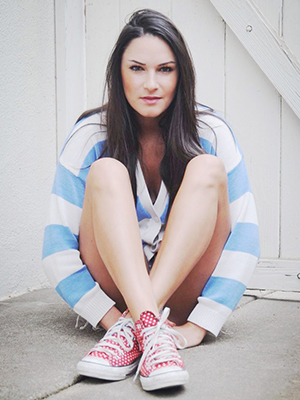 Jadan Danielle Huter has been surrounded by the arts throughout her whole life. With a family full of accomplished artists, a creative sense of style was always in the cards for this Brunette! She’s had the fortune of traveling to countless international fashion destinations, and met a wide variety of eccentric crazies! Being exposed to so many diverse cultures at such a young age has helped mold her into the fashion forward thinker she is today.

She doesn’t limit herself to one particular style, and she’s not afraid to be bold. Her range of fashion is derived from whatever she feels like at the particular moment. Her closet ranges from high fashion, to vintage, to modern…she believes pairing these three together gives you the perfect look. Her youthful eye, creative mind, old soul and “finger on the pulse” mentality, helps her stay relevant in this ever changing world of fashion. 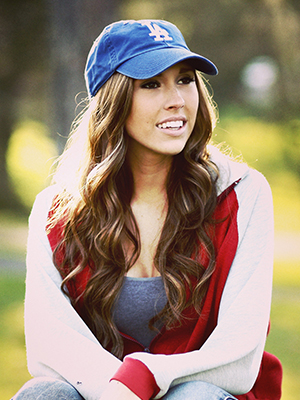 A Seattle native, Lauren Cheek, also known as The Blondette, ventured down to Los Angeles in hopes of emerging into the fashion industry. It was her passion and drive that then lead her to The Fashion Institute of Design and Merchandise in downtown LA. After recently graduating, she continues to pursue her innate passion for the industry by continuing to evolve as a creative; styling for multiple shoots and events, keenly designing graphics, and aggressively following current trends and designers. She’s always in touch her native west-coast style and tends to gravitate towards that “effortlessly cool” look. From street style to runway, Lauren is always pulling inspiration that blends into her daily life, and translates into her everyday style. She adores her beloved pup James Dean, and Watermelon Sour Patch Kids are her weakness. 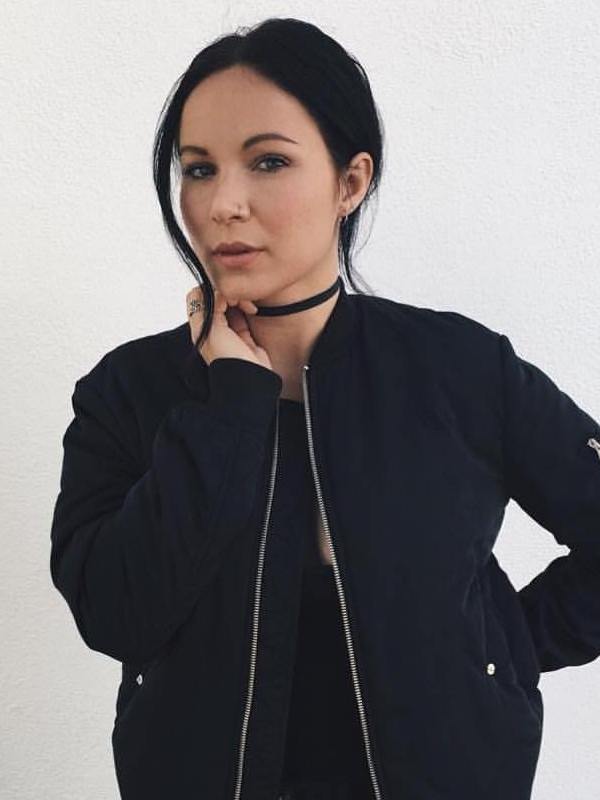 Born and raised in Santa Barbara, CA, Rachael’s career in fashion began at a young age working as a buyer and marketing director for her family’s swimwear store, curating fashion shows/events and photoshoots as well as assisting local stylists and eventually launching an online active wear store of her own. Always feeling drawn to the fast paced energy of the city and the creative inspiration she felt here in LA, Rachael decided to make the move from her little beach bubble to pursue other endeavors in the industry. Upon moving to Los Angeles, Rachael began to pursue projects in marketing and brand/artist development as well as creative direction and curating for a number of labels, designers, and photographers in both menswear and women’s fashion. With a passion for punk rock, independent films, old literature, and art museums, Rachael pulls her style inspiration from the same areas that fuel her creative projects. Combining vintage, high-fashion pieces, and relaxed menswear inspired silhouettes, Rachael’s personal style could best be described as rock n’ roll meets streetwear with a little 70’s action. Her favorite designers are Demna Gvasalia (Vetements & Balenciaga), Hedi Slimane (Saint Laurent), and Alexander Wang…and she believes you can never have too many black leather jackets. 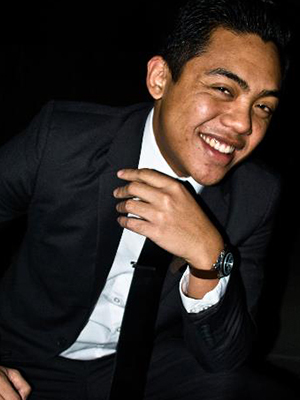 Born and raised in Los Angeles, David Soriano began his interest in the graphic arts late in high school. It was the turn of the century, and today’s technology was in its very roots. His interests in pursuing a career that combined art and composition only grew with it. He turned to the Fashion Institute of Design and Merchandising in downtown L.A. to pursue a degree in graphic design, which in turn led him to be an up and coming designer in the heart of Los Angeles. 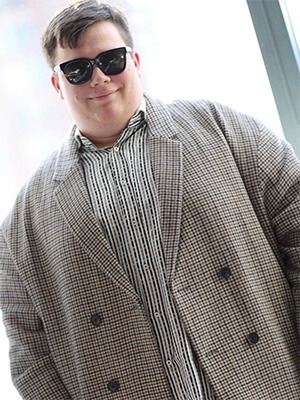 Newly translated to the Big Apple, Nolan is a student of fashion at LIM where he is deeply immersing himself in the business of fashion. Already known for his distinctive take on runway trends as well as his work as an up and coming fashion consultant, Meader regularly attends New York Fashion Week and loves to share his distinctive point of view. He’s our newest BnB Contributor. Be prepared to enjoy his wit and insights.