‹ Think About It
Drummer Jacket and Jeans For FNO ›

All For A Good Cause

posted by NJ Goldston, The Brunette on September 12, 2010 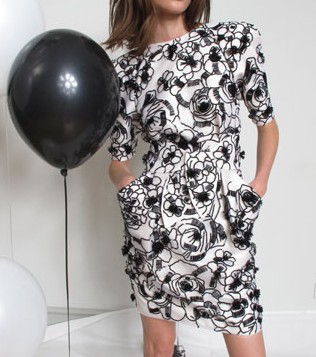 The Blonde and The Brunette were out together last night to support our dear friends Linell and Robert Shapiro and their very important cause.  The Brent Shapiro Foundation – founded after the loss of their son Brent who had battled with addictions most of his life – to fight the stigma of addictions through education, and help parents communicate with their children on addiction issues.

Their third annual star-studded event emceed by Larry King,  showcased their “It Takes A Friend to Save A Friend” campaign and introduced their new SOMO (Sober Monkey) Educational Program for Kids.  Held on one of the most beautiful estates in Beverly Hills, the evening featured a live auction hosted by Bob with items such as tickets to American Idol, a  trip to Vegas on a private jet and accommodations at the Bellagio, to an amazing Montage get-away.

This was topped by a Barraci Fashion Show (one of Linell’s favorite evening and wedding gown designers) who also donated a custom-made gown for the auction! Models walked past over 800 guests down a very, very long runway which was constructed over one of the longest pools we’ve ever seen. And to honor Linell’s black and white fashion theme, one of us wore a  white and black, floral sequined Stella McCarty.

For more information, check out www.brentshapiro.org. If anyone can win this battle, it’s Bob and Linell!