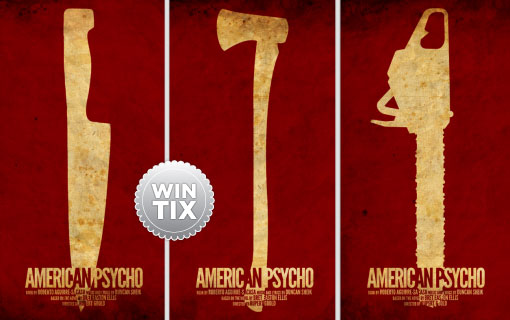 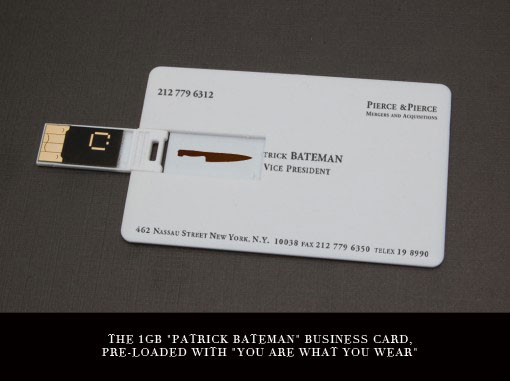 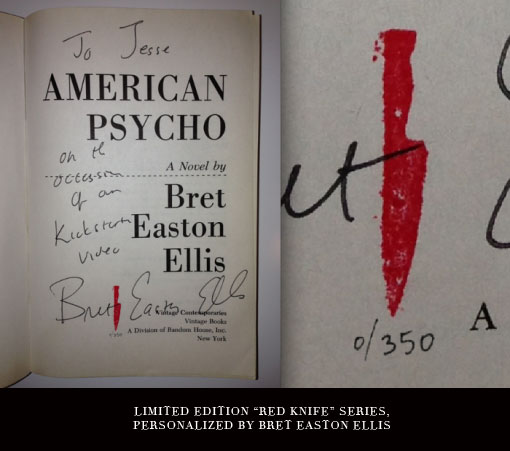 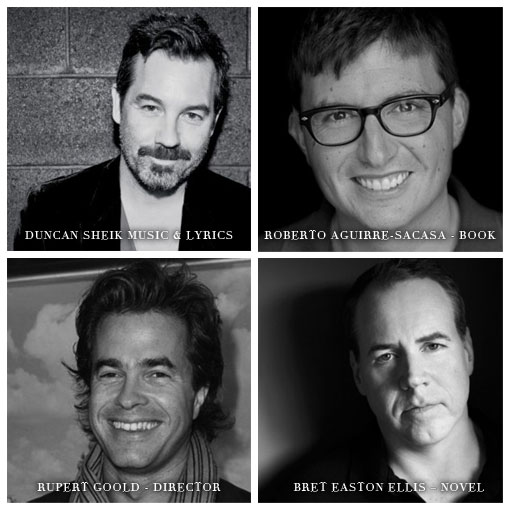 American Psycho. Oh yes. We’ve been addicted to the cult film for years and Astrid readily admits to a girl crush on Christian Bale (who originated the lead role of Patrick Bateman). This December it’s coming as a non-profit production to the Almeida Theatre in London, as a musical, and everyone is starting to buzz about it. Why? It’s a musical. A what? A musical. If you haven’t read the novel by Bret Easton Ellis or seen the film, it’s a first person account, by a very fashionable Manhattan businessman, who happens to be a serial killer.

It paints the shocking, funny and unsettling portrait of Patrick Bateman, a 26-year-old Manhattan investment banker with a designer lifestyle and a twisted mind. This makes for a potent theatrical cocktail in a heavily stylized wrapper. I’m thinking amazing costumes that just may start another trend á la Gatsby. There are even rumors of scenes in Barney’s with songs called  ‘You Are What You Wear’.

The producers, Act 4 Entertainment,  have assembled a brilliant creative dream team to bring it all to life (or death?) including novelist Bret Easton Ellis, director Rupert Goold,  best known for the Olivier Award-winning productions of ENRON and MACBETH, famed songwriter/composer Duncan Sheik, and bookwriter Roberto Aguirre-Sacasa, known for co-writing the SPIDERMAN musical as well as writing/producing on television shows like GLEE and BIG LOVE (two of my favorites).

Like any charitable cause, all this takes is a bit of help from backers. Have you every wanted to be one for a theatrical production?  Now you can. They’ve got an amazing Kickstarter campaign and they are looking for contributions from as little as $1 on up. Depending on your pledge, you can also be running around with a limited edition American Pyscho T-shirt; add a limited-edition Knife, Ax and Chainsaw giclée prints (your choice), signed and numbered by artist Tony Yates to your art collection; a Limited “Red Knife” series of the Vintage paperback copy of American Psycho, signed and personalized by Bret Easton Ellis; or the pre-loaded 1GB “Patrick Bateman” business card.

We’ve also got a very special giveaway. How would you like to win a pair of tickets to Patron’s Night on Monday, December 16th in London! The American Psycho producers would love one lucky reader of The Blonde & The Brunette to be their special guest.

For your chance to win:

Entries will be accepted until May 24, 2013 at 5 PM PST.  The winner will be announced on May 28, 2013  5 PM PST.  No purchase is necessary to enter or win. The giveaway is open to anyone age 18 and older with a valid email address at time of entry.  The winner must claim prize within 48 hours of announcement.  If winner has not claimed their prize, a new winner will be selected. The winner will be electronically selected at random. The tickets are for Monday, December 16, 2013 and cannot be exchanged for another date. Winner is responsible for all travel to and from London and to the performance.

Finally, if you’re dying for your very own theatrical credit, take a moment and make a pledge to their kickstarter campaign. Literally, there is no time to loose.