The Sneaker Of The Year Is Finally Back In Stock 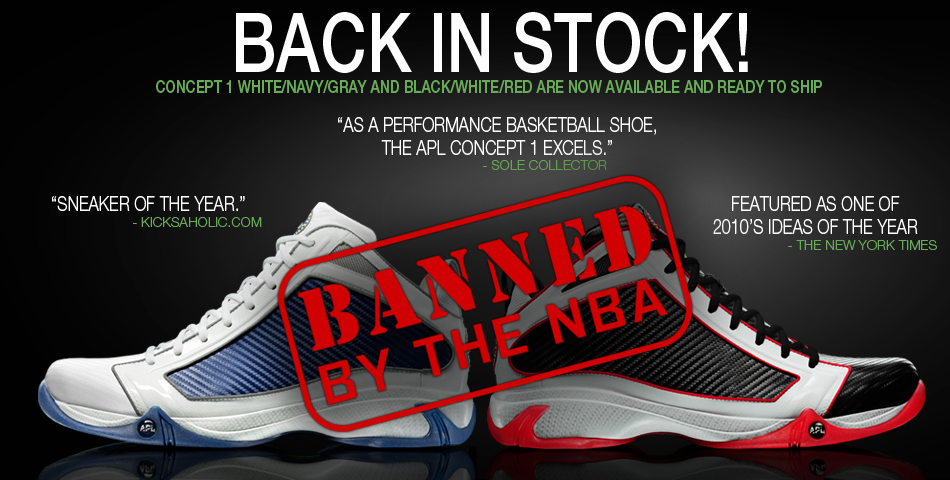 They were  sold out weeks before  the holidays. It’s the basketball shoe from Athletic Propulsion Labs that was Banned By The NBA for “for creating an unfair competitive advantage”.  It  makes you jump higher!   Also recently named by The New York Times “as one of the best ideas of 2010” and the “Sneaker Of  The Year” by Kickology.com, the APL Concept 1 is now available in two new colorways: black/red/white and navy/white/gray with 3M silver piping. Go online to athleticpropulsionlabs.com to check them out or order. Your guy will thank you for it.