B. Golden or B. Glamourous: Kre-At 24K Gold or Diamond Eyelashes 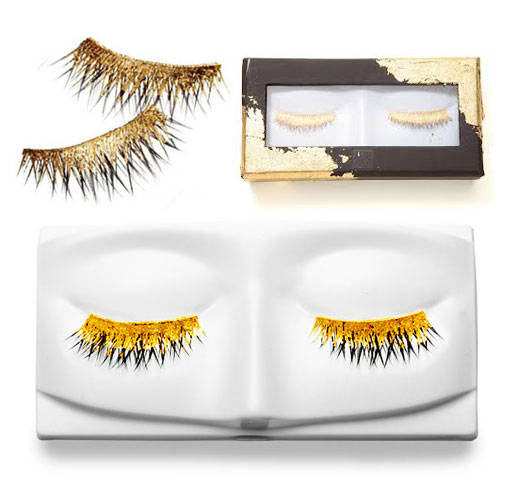 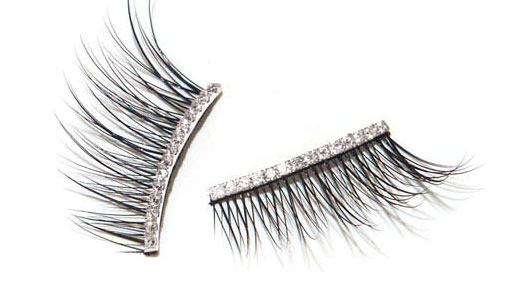 Who doesn’t want a golden girl moment? This is the purr-fect way for any blonde or brunette to be the center of attention this holiday season. Try eye-catching, hand-foiled, 24 karat gold leaf, fake eyelashes from Kreat Beauty; and, if you really want to go over the top, Kreat has real diamond lashes. Available at Barneys New York and locked in a special case, these $1500 beauties, which I have actually seen, have over 2 karats of handset diamonds set in 18k white gold.

If you are wondering about KRE-AT, and we were; they in our backyard.  An LA based company, founder Taylor Babaian, celebrity makeup artist and beauty author, wanted to give women the tools to kre-at (clever!) their own look. Working for over a decade behind the scenes on runways, magazines, and awards shows, she realized that eyelashes were such a big part of completing a look.  Having very few eyelashes herself, she constantly tweaked false eyelashes to make them look more natural. As a result, kre-at beauty was born. Launched during the awards season in January 2009. Taylor gave away kre-at beauty eyelashes to her fellow celebrity makeup artists, and all of Hollywood was a buzz. Soon after, kre-at beauty eyelashes were all over the red carpet, t.v. and magazines.

To get your own Red Carpet look, go for the gold or shop her crystal lashes (in black or white) or browse her line-up of great full or individual black lashes. You also might want to invest in her Professional Eyelash Applicator and Adhesive (I swear by it) and then view the instructions video on her site. So load up your e-cart to Kre-At your own look. Available exclusively at Barneys New York online and in stores. Black Onyx Individuals, Wings and Sets start at $16.  Crystal lashes start at $45. 24K Eyelashes. $295.

There are 2 Comments to "B. Golden or B. Glamourous: Kre-At 24K Gold or Diamond Eyelashes"