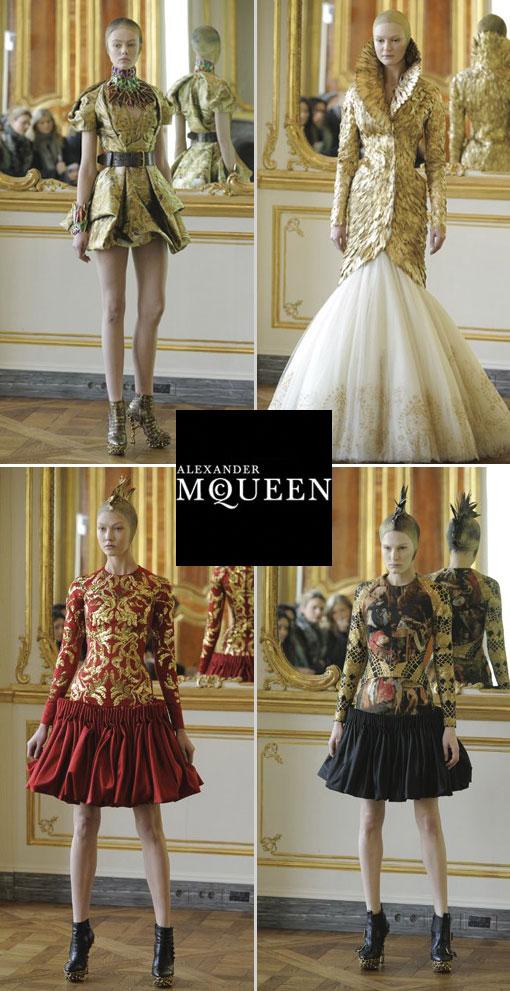 The Costume Institute of The Metropolitan Museum of Art announced last week that it will stage “Alexander McQueen:Savage Beauty” to celebrate the designer’s work over nearly two decades beginning with his graduate work and ending with his final collection. According to Andrew Bolton , the curator leading the exhibit, “After McQueen’s death, they wanted to stage an exhibition to celebrate his legacy in fashion history and his contributions to fashion.” The show will feature over 100 pieces and Harold Koda, the curator in charge, remarked that “McQueen has such a singular voice and he was a remarkable technician.” Bolton also explained that his approach to the exhibit “will be thematic versus chronological”.  The exhibit will launch with the annual Costume Institute Benefit gala on May 2nd.

If you you want to learn more about McQueen’s work, this Spring I received Kristin Knox’s book “Alexander McQueen:Genius of A Generation” s a gift.  I refer to often and also sent a copy to one of my favorite blondes.  It’s a great way to share a special moment and designer in fashion history. Available at amazon.com