‹ Last Day To Enter!
Mark Your Calendars: Missoni for Target! ›

We Will Never Forget

posted by NJ Goldston, The Brunette on September 11, 2011 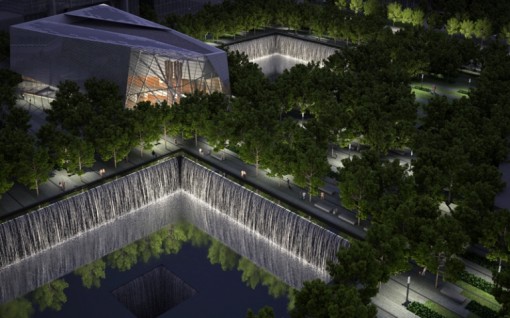 Today we remember and commemorate the 10th anniversary of 9/11.  The symbolic waterfall footprints of The National September 11 Memorial are a moving  tribute of remembrance and honor to the nearly 3,000 people killed in the terror attacks of September 11, 2001 at the World Trade Center site, near Shanksville, Pa., and at the Pentagon, as well as the six people killed in the World Trade Center bombing in February 1993.

The Memorial’s deeply moving twin reflecting pools are each nearly an acre in size and feature the largest man-made waterfalls in the North America. The pools sit within the footprints where the Twin Towers once stood. Architect Michael Arad and landscape architect Peter Walker created the Memorial design selected from a global design competition that included more than 5,200 entries from 63 nations.

The names of every person who died in the 2001 and 1993 attacks are inscribed into bronze panels edging the Memorial pools, a powerful reminder of the largest loss of life resulting from a foreign attack on American soil and the greatest single loss of rescue personnel in American history. We remember each of these individuals, their sacrifice, and their families on this day of national remembrance. If you would like to visit the Memorial, make a contribution or share your thoughts,  information is available at the 911memorial website.

– The Blonde & The Brunette Team