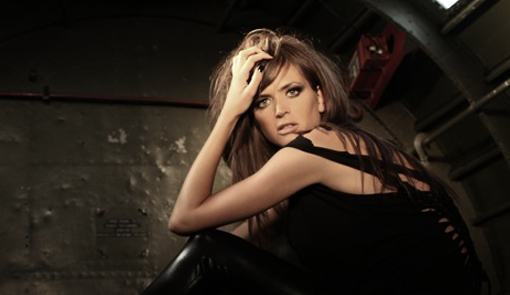 The Blonde & The Brunette welcome our newest Style Expert and Brunette Contributor, Astrid Bryan, a world-famous model and winner of the prestigious Elite Model look contest (among over 350,000 applicants) which also launched the careers of Cindy Crawford, Stephanie Seymour, and Gisele Bundchen. Astrid, an accomplished classical violinist since the age of four, is also the Belgium recording artist who just launched her incredibly successful Classic Rock album Taking Over. In 2010, VTM, the largest television network in Belgium, created Flemish Hollywood Housewives, a TV show featuring Astrid. The show exploded and became the top rated show of 2010 and this December Astrid received the award as the second most influential celebrity 2010.

So what’s the connection? You guessed it. LA. She moved here in 2005 and our fashion paths recently crossed. Raised in Antwerp, Astrid brings us a global fashion perspective as well as speaks four languages (French, Flemish, Italian and English). She started her career as a buyer at a high-end fashion chain headquartered in Belgium, attended the London College of Fashion in 2002 and by 2004 was a head buyer. Always on the cutting edge, the focus of her buying included Alexander McQueen, Marc Jacobs, Karl Lagerfeld, Givenchy, Victor and Rolf, Michael Kors, Ann Demeulemester plus other notable, well-known designers. Astrid was soon featured in campaigns from Armani, Roberto Cavalli, Quiksilver, Levis and many others. She’s seen style from every vantage point! And just like everyone at the BnB, she loves fashion. A new voice. A new perspective. 2011 is off to a good start!

There are 4 Comments to "Welcome Astrid"