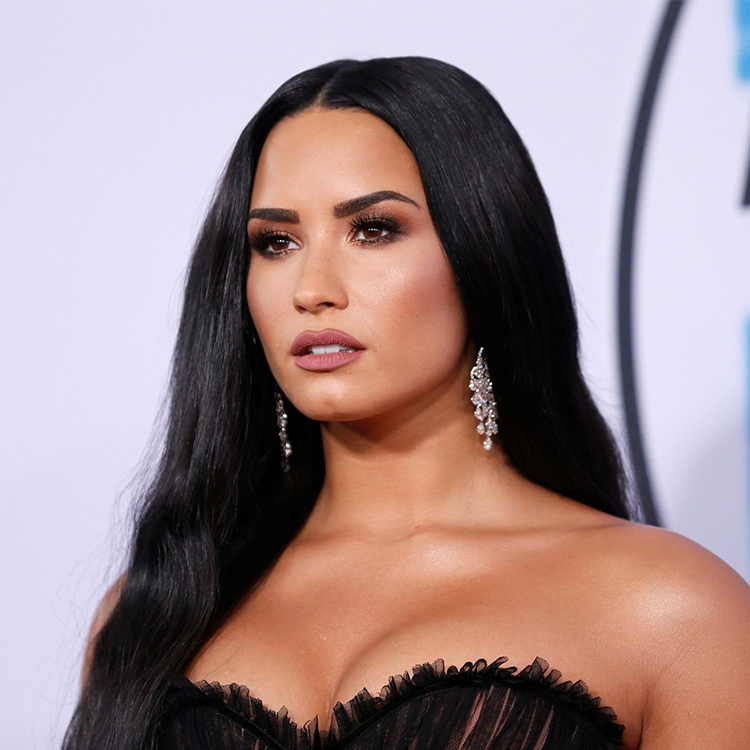 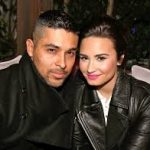 How’s it going? Let’s talk about what’s going on this week. Last week, Demi Lovato OD-d and currently, she is still being cared for in the hospital. She’s had several visits from her ex boyfriend, Wilmer Valderrama.  Unfortunately, it seems that she has some “complications” from her overdose and her family has not left her side and they’re taking care of her while also working hard on getting her to agree to a conservatorship. Apparently, this whole situation has scared quite a few people in Hollywood straight and it is rumored that Paris Jackson took this sad situation to heart and realized she could easily spiral out of control with her own issues so she has decided to go back to rehab herself.
For what will likely be Anna Wintour’s final Vogue issue, the September issue of American Vogue will feature Beyonce on it’s cover.  It has been reported that there is no formal interview and Beyonce will be the editor-in-chief for her own story. She has also chosen the first black photographer, Tyler Mitchell who is 23, to shoot a Vogue cover in the magazine’s 126 years of existence. Most cover models show up to their Vogue shoots, ask Annie Leibovitz where to stand, and how bored they should look. But not Beyonce. Because, well, she’s Beyonce.

Have you ever hit the “explore” button on Instagram and been hilariously surprised when you see people that you know really well “liking” celebrities posts or offering words of encouragement? I’m talking about celebrities who they definitely do not know personally. That always makes me laugh so hard. Like “Thanks Nancy for telling Lady Gaga not to worry and that everyone loves her ands she’s beautiful no matter what.” I actually called out a friend recently who “liked” a political figure’s post and then she told me “it must have been an accident.” Yeah OK. When I asked a different friend about posting comments on Jared Kushner’s Instagram page, he replied “LOVE Jared, been family friends for years”. OK buddy, I’m sure Jared knows exactly who you are.  People kill me. 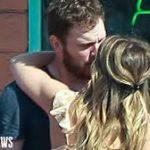 In other news, Chris Pratt and Katherine Schwarzenegger have gotten pretty serious.  They’ve been bringing some very serious G-rated heat to us in recent pics. They’ve met each other’s families and took his son to church over this past weekend. I actually think they’re a perfect match and I look forward to seeing pics of Arnold and Chris working out together. That would be very on brand for Chris, can’t you just see it now? 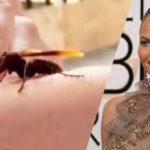 So, can we talk about Chrissy Teigen for a moment?  A few days ago, while on vacation in Bali with her family, Chrissy posted a picture of herself and her daughter playing with a deadly bug and a caption that said “I swear if one of you tells me this is a deadly bug, I will vomit”. She made a video encouraging her daughter Luna to kiss the bug. GIRL. It was a Tarantula Hawk Wasp. This bug is capable of putting your arm in a state of paralysis when stung! Be careful!
I like Chrissy. I also appreciate her “mom realness”,  but let’s be honest. Do we really need to see another picture of her stretch marks? She’s taken this whole “mom bod/body confidence” thing to a new level. I get it, you’re relatable. Personally, I prefer a total lie I can pretend to try and emulate as opposed to looking at boring old “real” pics of celebs. While we’re on this subject, can Hilaria Baldwin stop posting pictures of herself in lingerie  frantically lifting weights and doing yoga poses weeks after giving birth? She claims she’s doing this to make “other moms feel better about themselves” but really the only thing I see is a woman who’s freaking out. Lady, please stop. You’re not making anyone feel better. We don’t need to go on any more post baby journeys with you, we’re good. 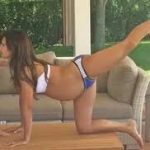 Also, it turns out Michelle Williams secretly got married. What I want to know is how did Busy Phillips not blast this news all over Instagram? How did she not scream this news from the rooftops of Los Angeles? Hmmm… maybe she wasn’t there?
From somewhere near lots of plastic and palm trees,
Julia Obst