Alexander McQueen: My Savage Beauty Diary/ The Blonde & The Brunette 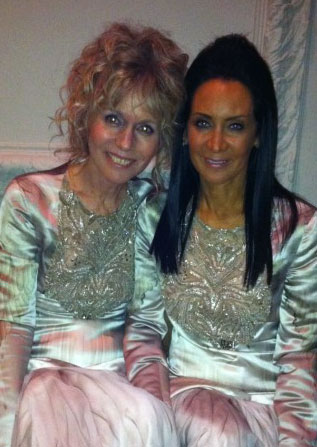 The event  is over and the fashion parade was spectacular.  I saw almost every dress that was worn and photographed.  With almost 750 attendees, I expected to bump into “the blonde” who was wearing the same gown.  It didn’t occur until one of the after parties.  Christine, a former model, couldn’t be lovelier and we both joked about our love for this spectacular dress.  In the end, as I suspected, we each interpreted it in our own way.  It was the right choice for the evening.  A tribute to Alexander McQueen.  A modern, elegant gown with a spectacular train that will be worn again and again.  And, in case you missed it, my Savage Beauty Diary was also carried on Stylecaster.  Now, it’s back to reality.  As always, thanks for following along.

There are 2 Comments to "Alexander McQueen: My Savage Beauty Diary/ The Blonde & The Brunette"