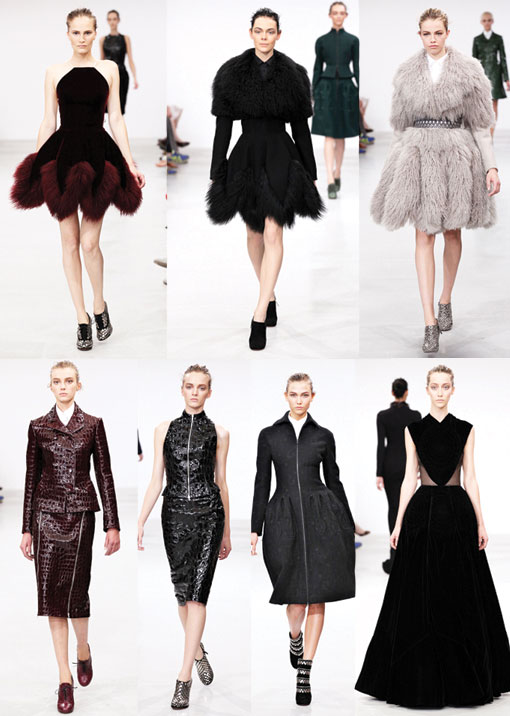 He’s always in demand and no one knows how to cut for the female form like Azzedine Alaia. It was also his first show in eight years and possibly the most sought after invitation last week as he closed the Haute Couture in Paris. Controversy did rear its head as Anna Wintour and the Vogue crew passed on front row seats to attend the Harry Potter premiere in London. Alaia then alluded or proclaimed that he was not dependent on Ms. Wintour to support his vision. He was doing just fine.

This collection reinforced that Alaia, after thirty years on the scene,  is still the master of body-conscious forms that flatter.  Working with a rich palette of black and aubergines (and there was green too) he brought everything from croc-stamped leather, feathers, oxford shoes to his spectacular knits for short-fitted jackets and evening wear. What a perfect way to close out the week.