The Met Gala 2016: Getting Ready For Tech White Tie Tonight 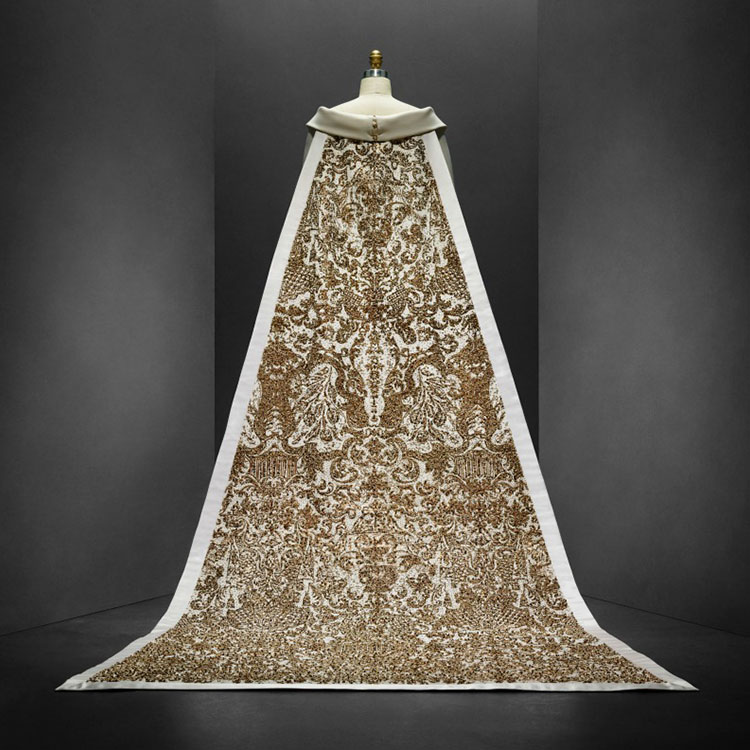 It’s tonight and I will be attending. The party of the year and the Red Carpet that in many ways surpasses the Oscars. The Met Gala. It’s always The First Monday In May — hence the aptly named must-see documentary by the same name — which is an exclusive look behind the curtain of the exhibit and party. More exclusive than ever, this year’s theme is Manus x Machina: Fashion in an Age of Technology. Anna Wintour will of course be hosting along with this year’s Co-Chairs Idris Elba, Jonathan Ive, Taylor Swift with Designers Nicolas Ghesquière, Karl Lagerfeld, and Miuccia Prada serving as Honorary Gala Chairs.  Andrew Bolton, Head Curator of the Costume Institute, explained this year’s exhibition focuses on “the dichotomy between handmade haute couture and machine-made fashion…but recently this distinction has become increasingly blurred as both disciplines have embraced the practices and techniques of the other.” The Met gave all of us a sneak peak a few months ago of looks in the exhibit a few months ago when the theme was unveiled.  This is certainly going to  influence what we see on the Red Carpet tonight and my final choice. 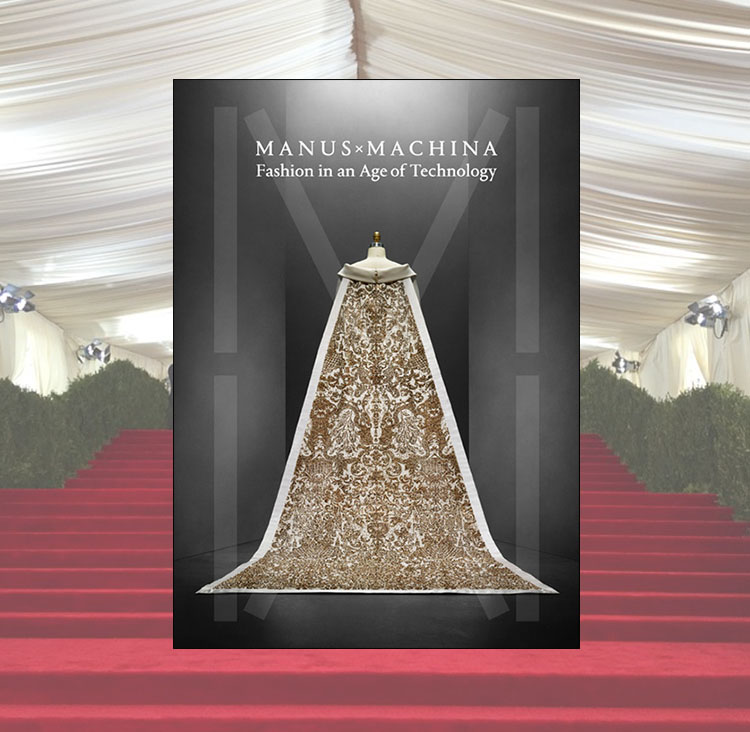 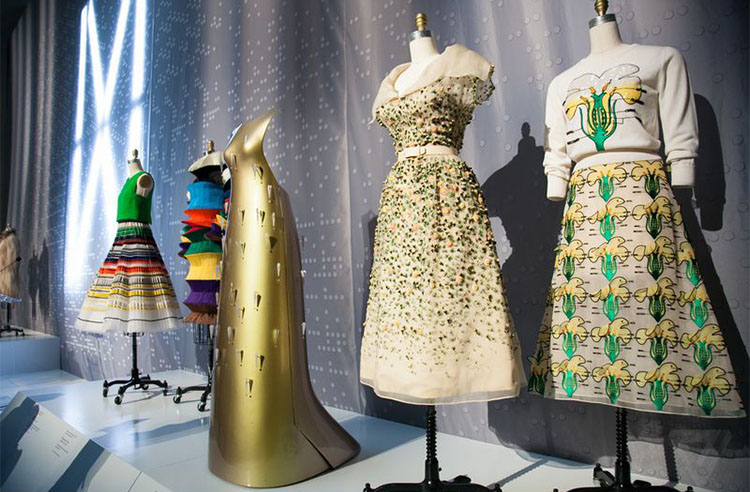 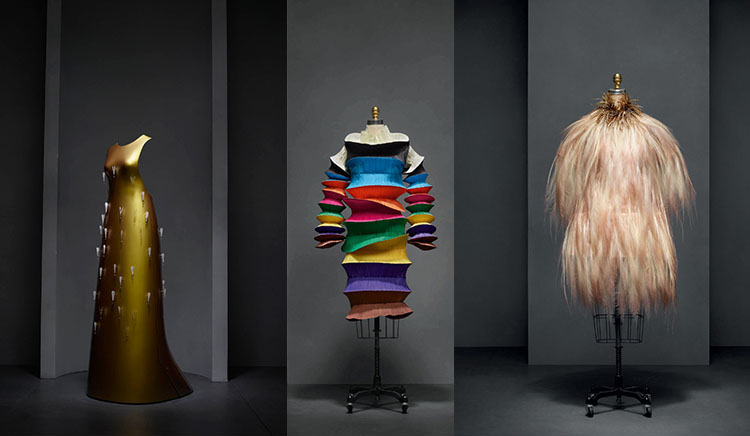 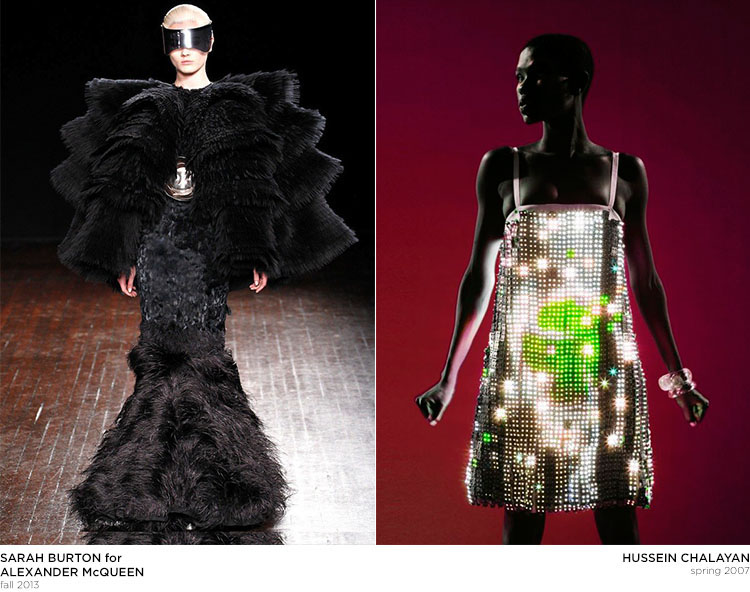 Of course, with the dichotomy of Manus X Machina, Anna Wintour is asking guests to embrace a Tech White Tie theme especially with Apple being the key sponsor. We suspect we will see breathtaking couture pieces which represent the manus side of the equation contrasted with visions of techno — and lots of silver. One guest is rumored to have let a robot create her dress.  Willow Smith will be in couture black and silver Chanel (as she is the face of the brand). Keeping this all in mind, I’ve sorted my way though looks which are being included in the exhibit and Spring 16 couture runway collections that many a celeb will be in to curate my personal choice for the evening. 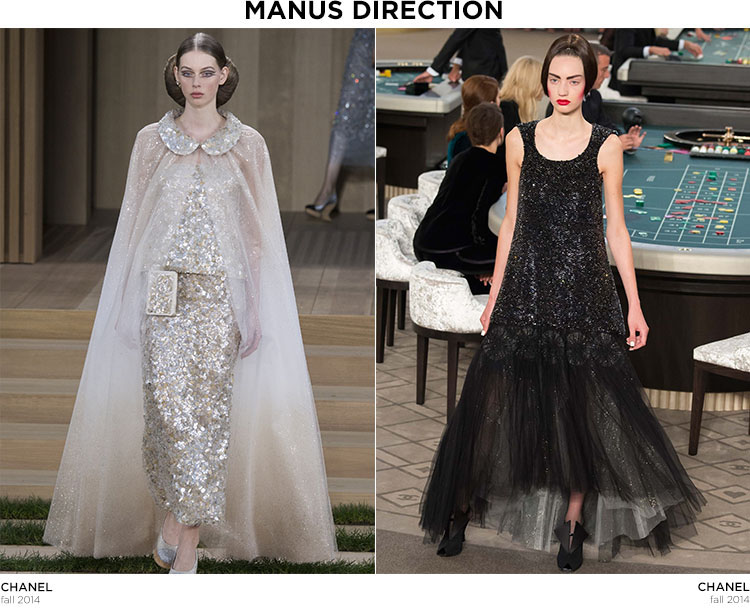 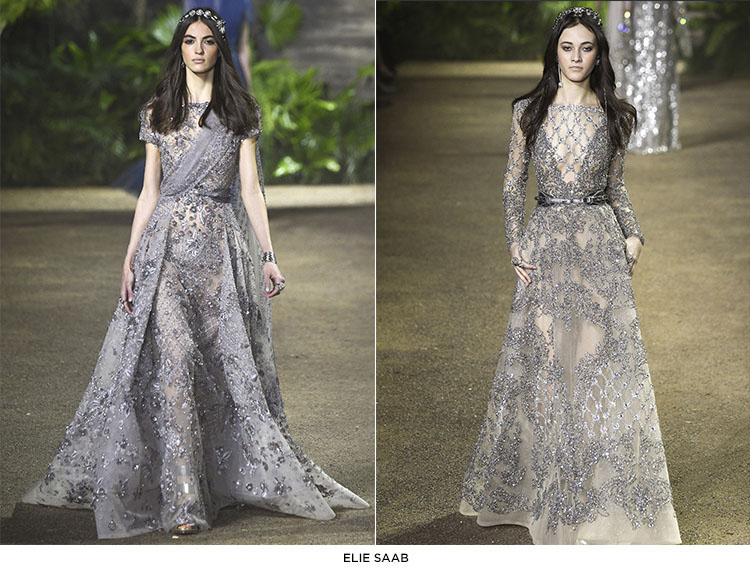 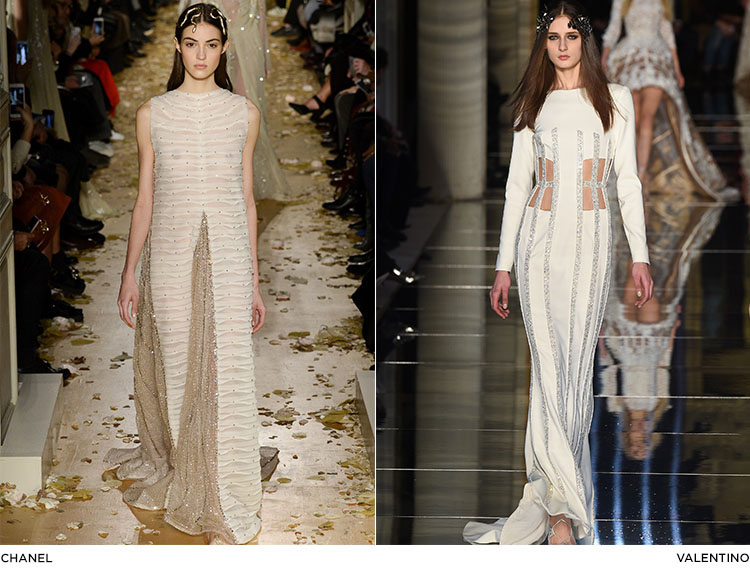 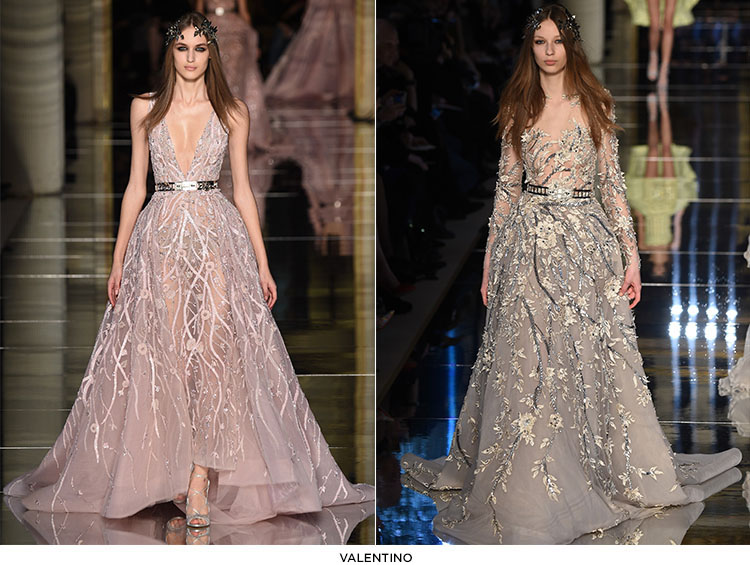 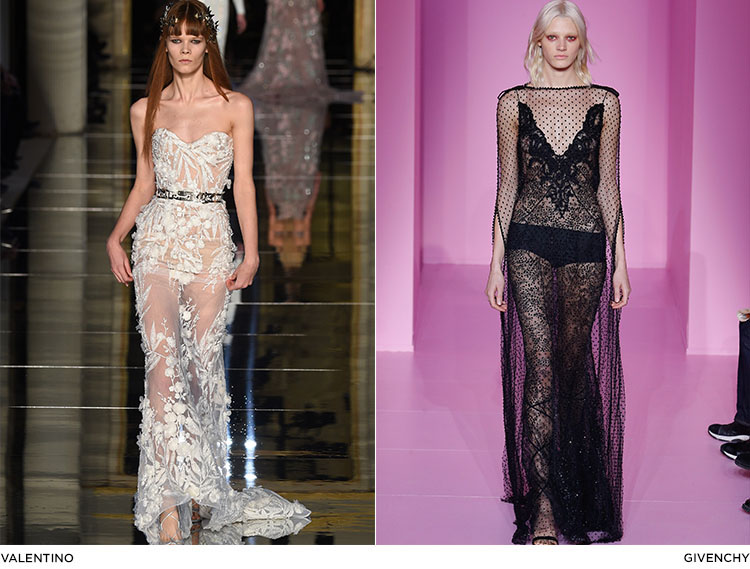 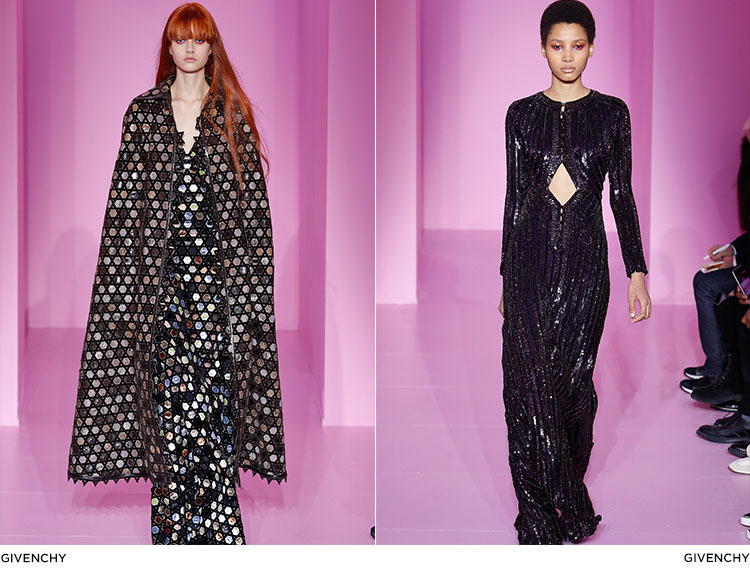 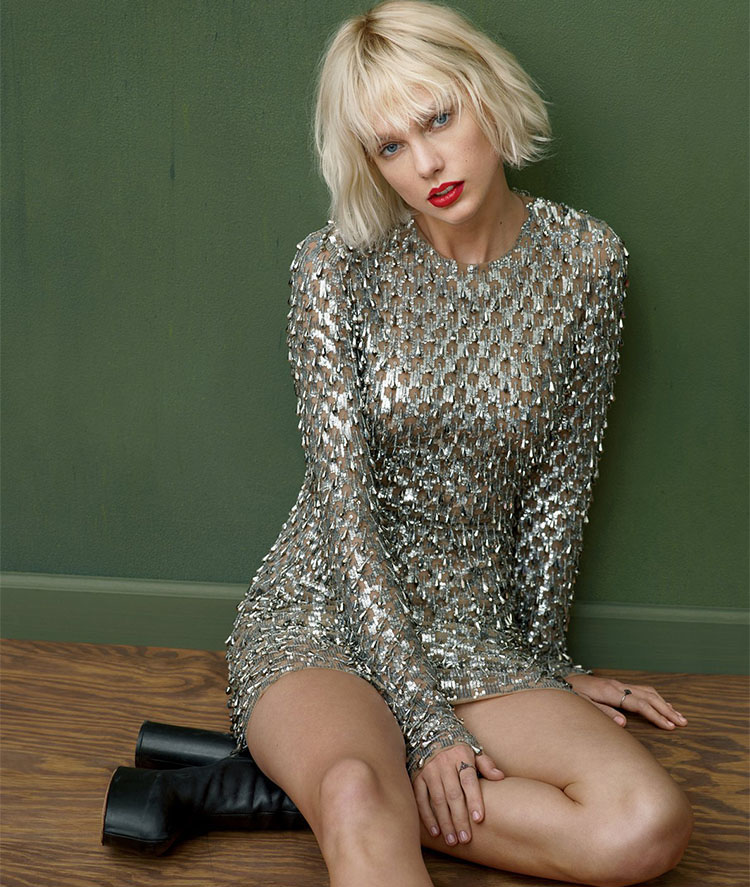 Machina or the element of machine and pret-a-porter (or ready to wear) is the flip sid of the fashion equation.  Taylor Swift will be in Louis Vuitton and it will probably be a one-of-a kind riff on Fall 2016 and the rest of LV crew will most likely also include Alicia Vikander and Jennifer Connolly. I know I will have dress envy as I am such a big LV fan. Mrs. Prada always has a unique and compelling vision. Will she create something from Fall 2016 or go into the archives and will Lupito N’yongo be in Prada? Which direction will Kim Khardaisian West and Beyoncé go? Balmain or Givenchy? Will Kendall Jenner do a repeat in Calvin Klein? Who will Marc Jacobs bring as his muse this year? I am also guessing we might see Naomi Campbell in Burberry and tried to get the scoop last night an exclusive cocktail party that Naomi Campbell, Jamie Tisch, and Demi Moore are hosted for Eric Buterbaugh. I am in love with either of the Marc Jacobs dresses below (and unsuccessfully tried to get one of them for myself) and well…we’ll see. I am sure we’ll also see someone on dazzling McQueen fro Fall 16. Basically almost everyone is wearing a season ahead. That’s the drill. 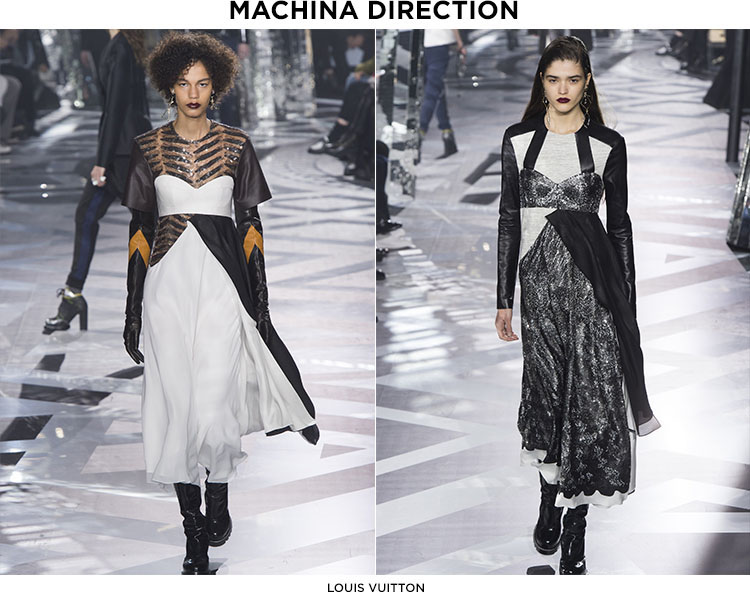 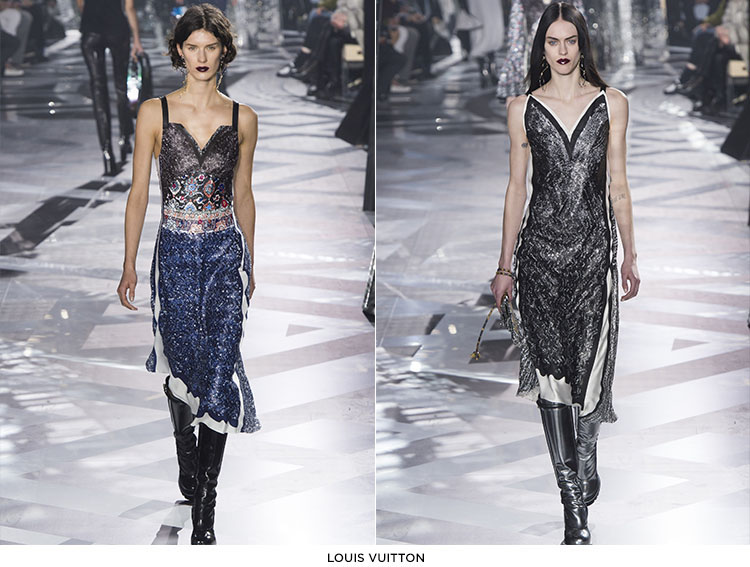 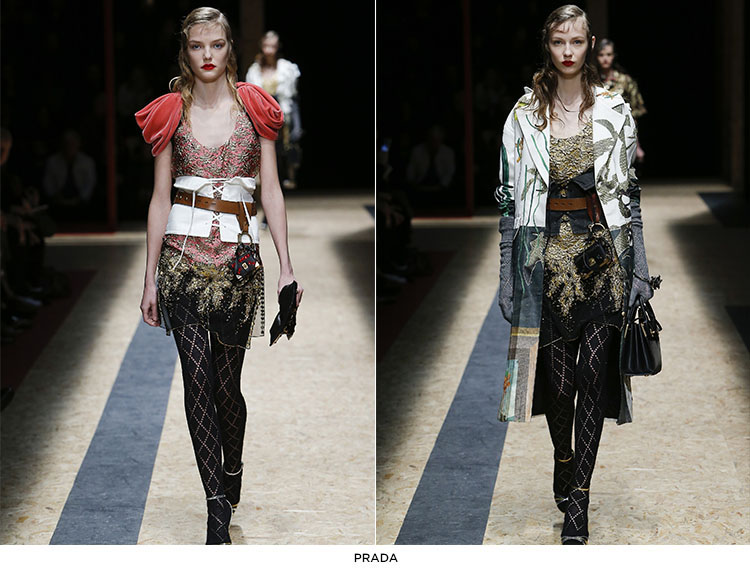 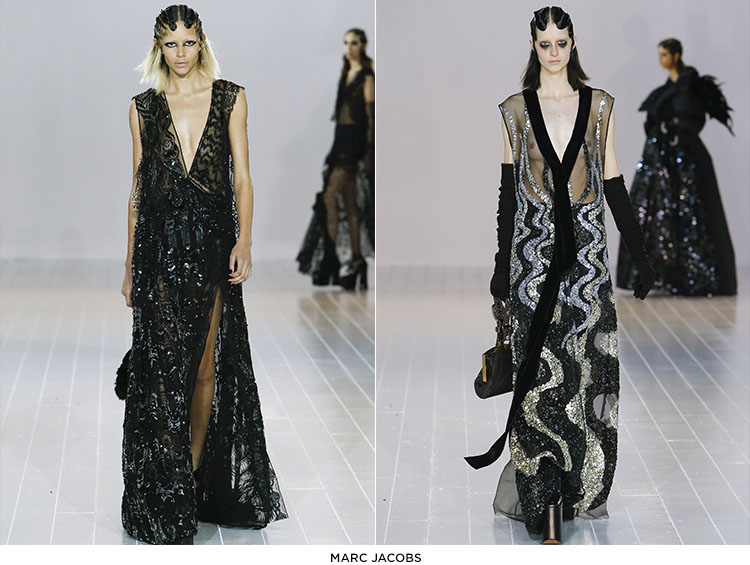 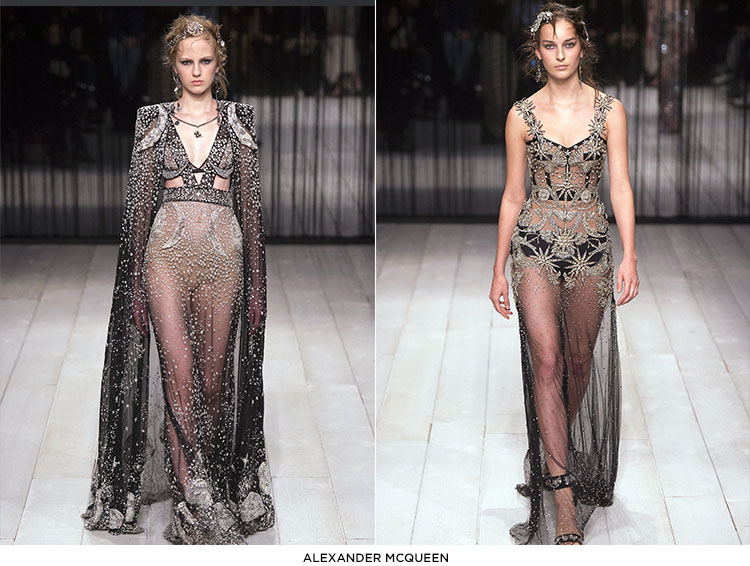 With so many guests apparently finding the theme challenging (which I have heard through the PR grapevine) but with resources much greater than mine, I decided to work towards a demi-couture gown with my clutch as my tech accessory. I actually zeroed in on Rodarte for their extraordinary Spring 16 collection, Delpozo for their inspired details, Antonio Berardi for his sexy looks, and Kaufman Franco for their silver, techno-inspired gowns.  I narrowed my choice to Delpozo but may switch my mind at the least minute as I do have a backup dress.  Their Spring 16 runway collection is heaven and truly an embodiment of manus with some of the machina. I’d prefer to go a bit bod-con if possible but won’t make my final decision until tonight. 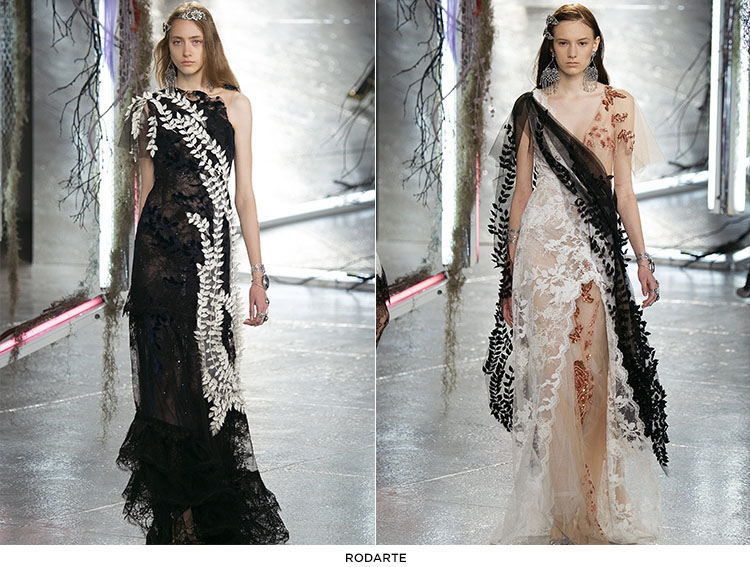 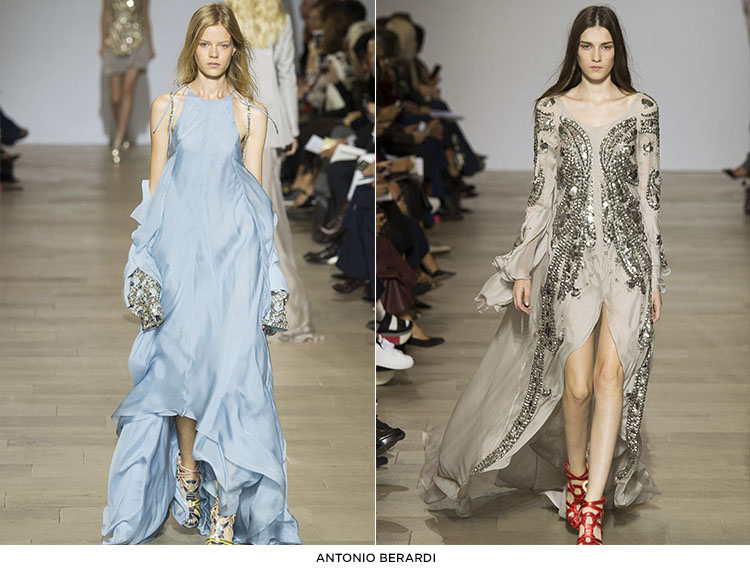 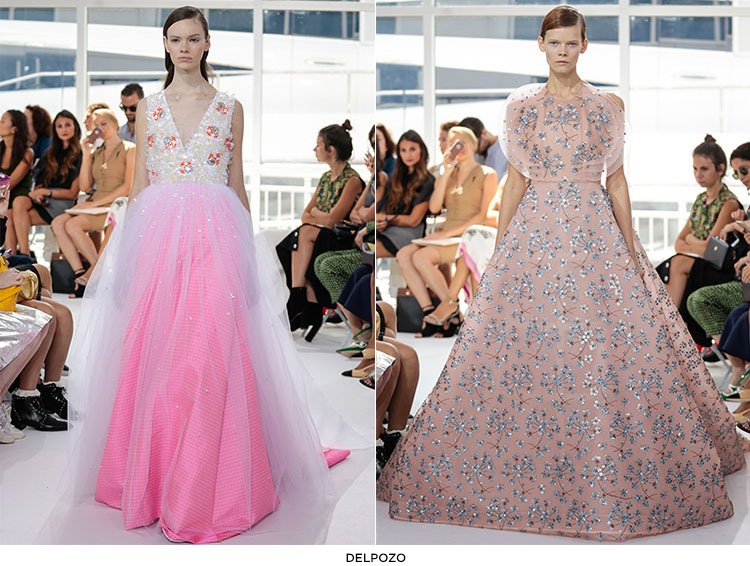 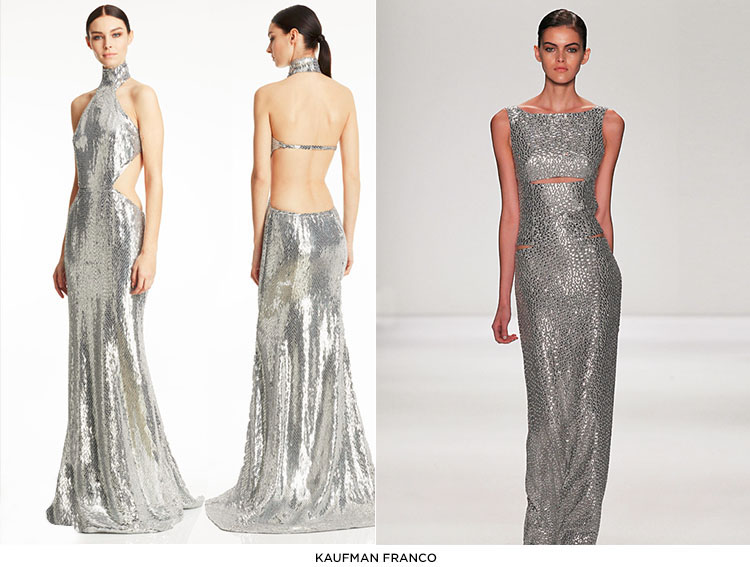 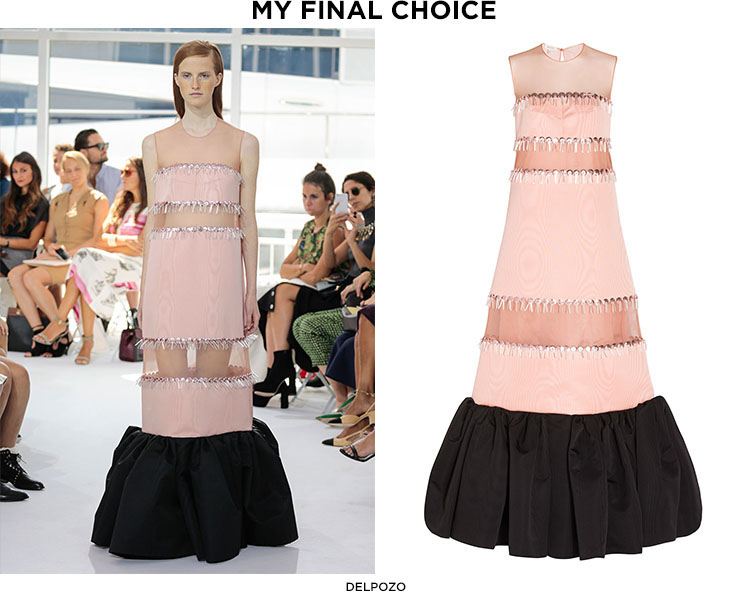 Drumroll. I’m might go with Delpozo (manus) with a “Scintillator” clutch (machina).  Beautifully crafted in Spain from vintage pink and black silk moiré, the embroidered flared long dress is a display of the label’s couture techniques to create a timeless almost techno aesthetic.  However, I love the manus aspect to this dress. The feminine style is detailed with sequins across the bust and waist and creatively finished in a contrasting mermaid silhouette. It’s important to keep the accessories to a minimum so my “Scintillaor” clutch accented with my two Wonder Woman diamond cuffs, modern earrings, and rings will be just enough. 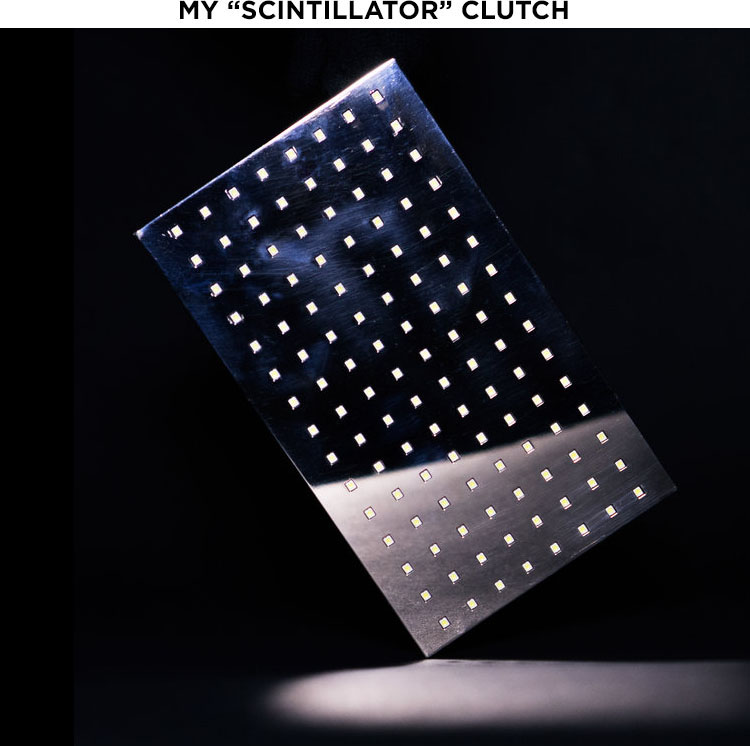 Now to the clutch. There’s a bit of back story on the clutch. I snagged this limited edition beauty months and months ago in anticipation of this year’s theme. The Scintillator. Encoded and powered by LED light, it’s a glittering must-have metal evening jewel, designed by Lisa Perry and American artist Leo Villareal, is mine,and going with me. Crafted from metal, it’s encoded and powered by LED lights to create a mesmerizing pattern. Scintillating, indeed. It matches the background of the MET catalogue cover and some of the press preview backdrops. But, a girl has a right to change her mind so follow along tonight to see my final, final decision.