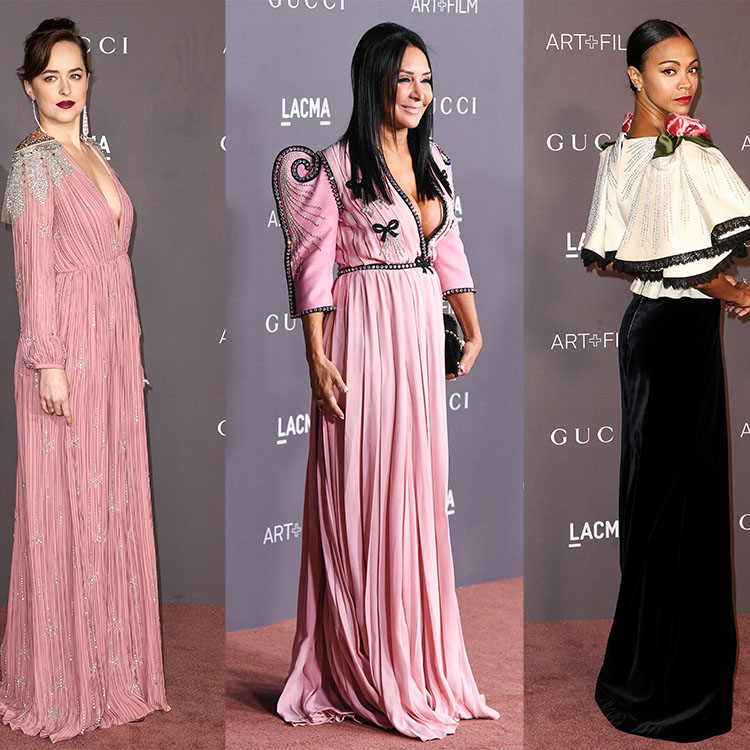 The stars came out, mostly in Gucci, for the seventh annual LACMA Art + Film Gala. It was a special evening, as a very international crowd showed up to honor beloved LA hometown artist Mark Bradford and filmmaker George Lucas. It proved to be a night to remember with moving tributes to Bradford and Lucas, a pledge by Leonardo DiCaprio to donate LED bulbs to restore Chris Burden’s iconic Urban Light sculpture, that graces the museum’s entrance, to Annie Lennox bringing the house down with a spectacular set of her favorites including “Sweet Dreams”.  However, with Gucci continuing to be the lead sponsor (a smart marketing move and showcase) for the evening, an A-List crowd of devotees made for a stellar Red Carpet in everything from short to long totally eclectic looks. As a Net-A-Porter Ambassador, I was lucky enough to wear a magical pink Gucci gown from the Fall 17 runway that is so exclusive it can only be found at Net-A-Porter. The beautiful, detailed crystal encrusted sleeves made a bold fashion statement and had me at “hello.” Still one of the hottest brands in the world, actually #2 according to The Business of Fashion, check out the Gucci clad girl and guy squad below along with other top Red Carpet looks. 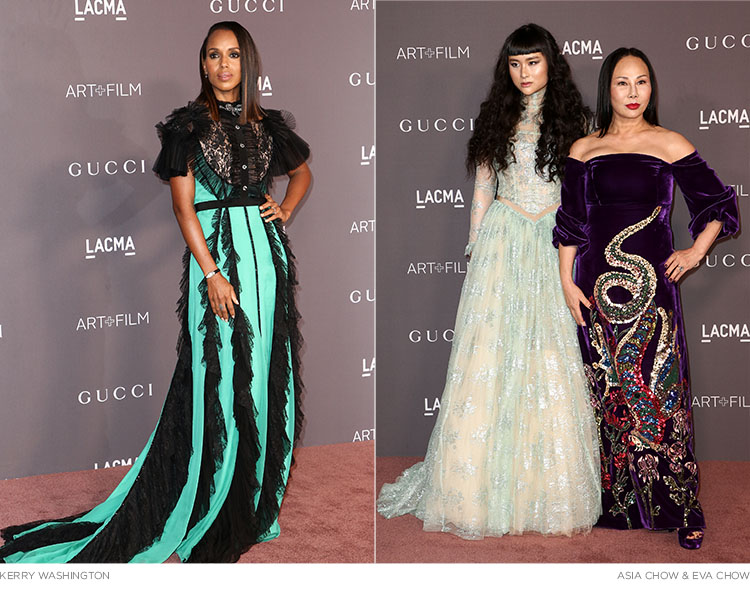 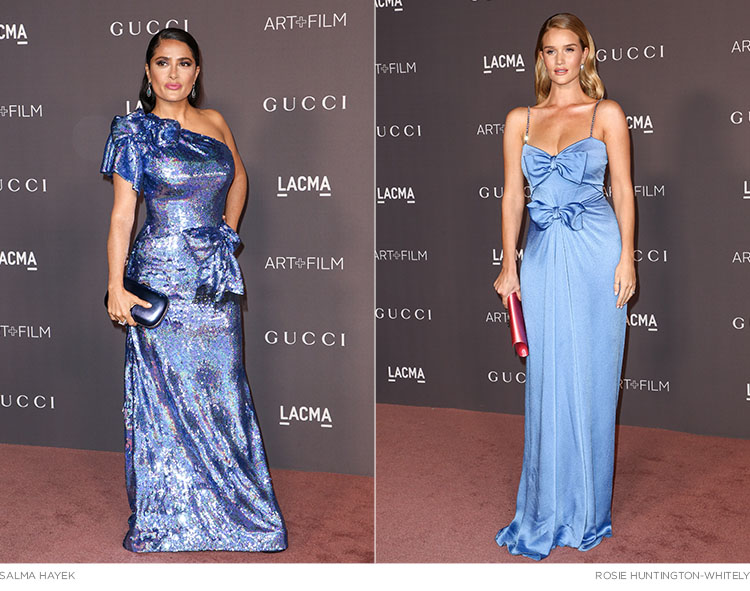 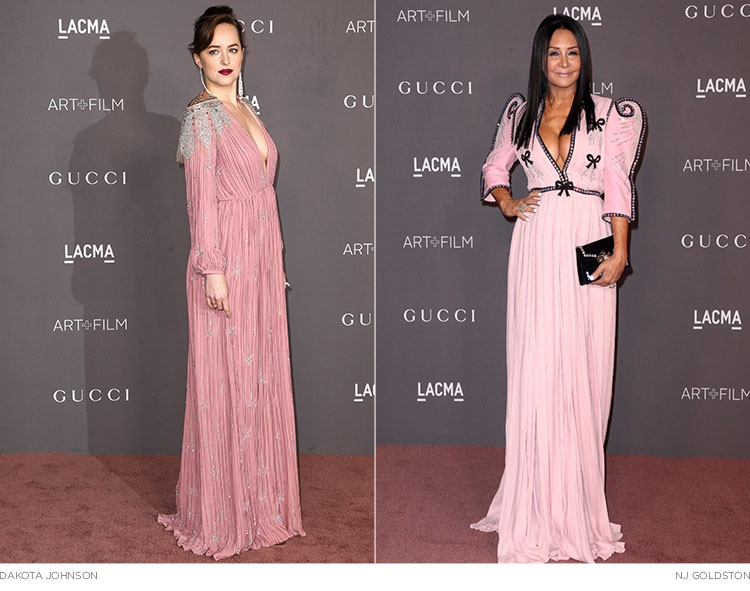 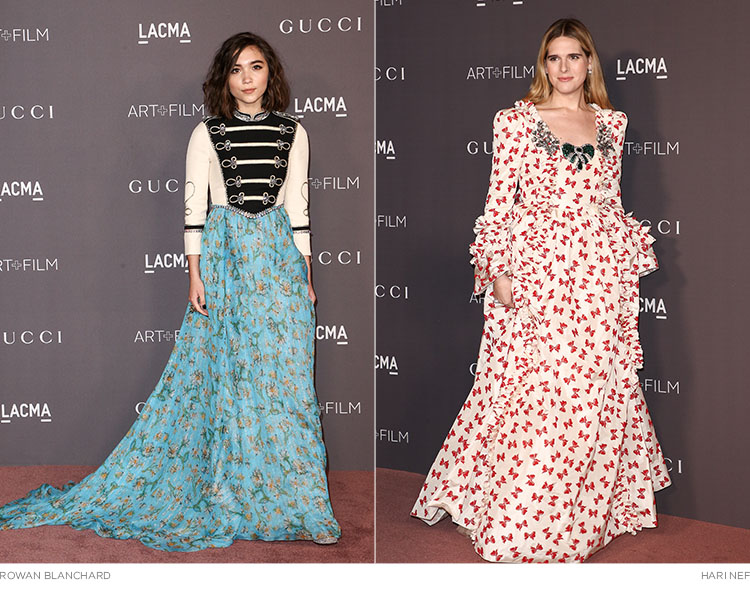 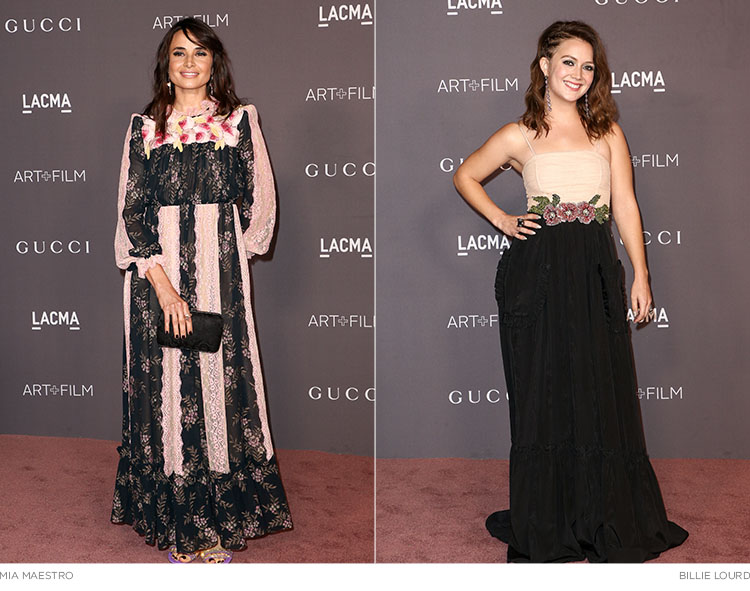 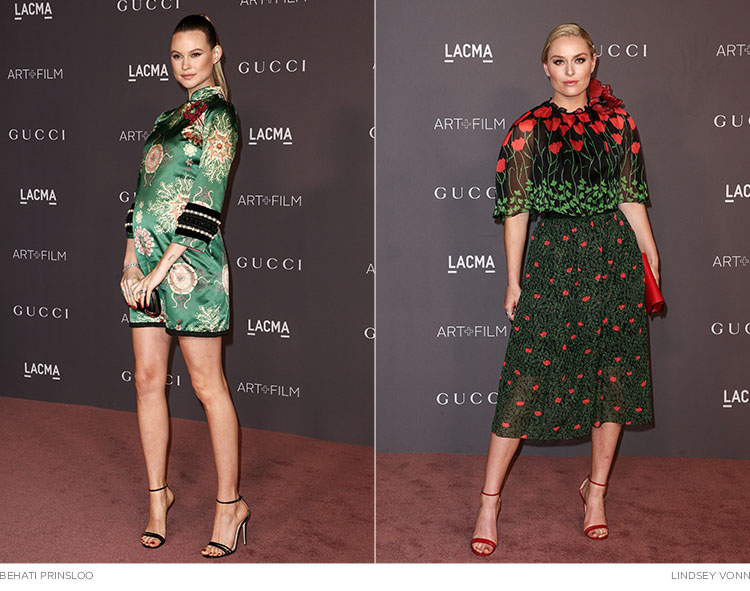 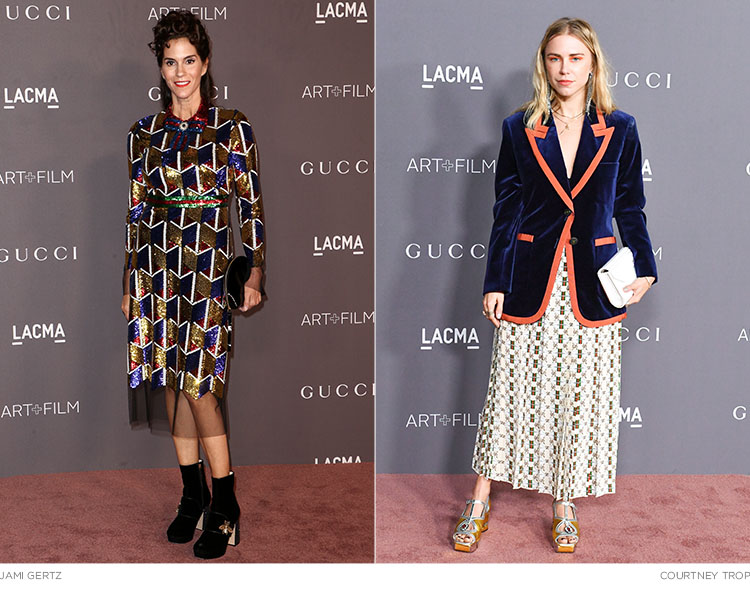 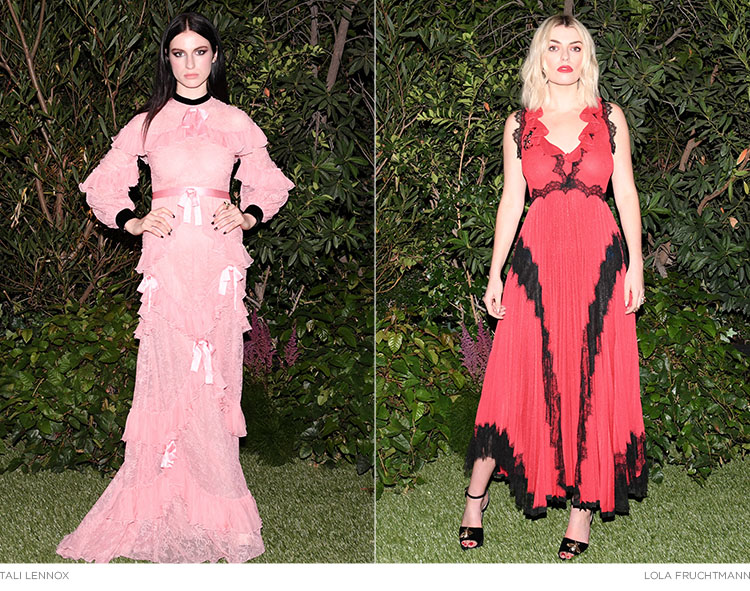 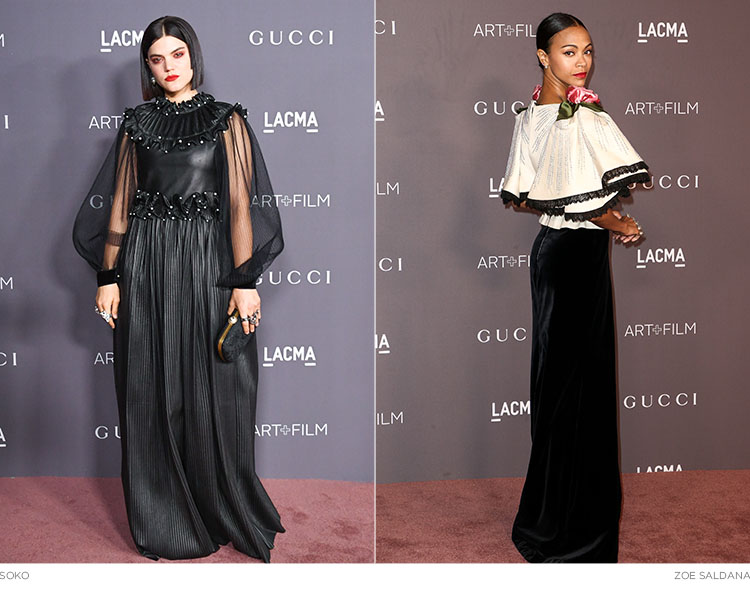 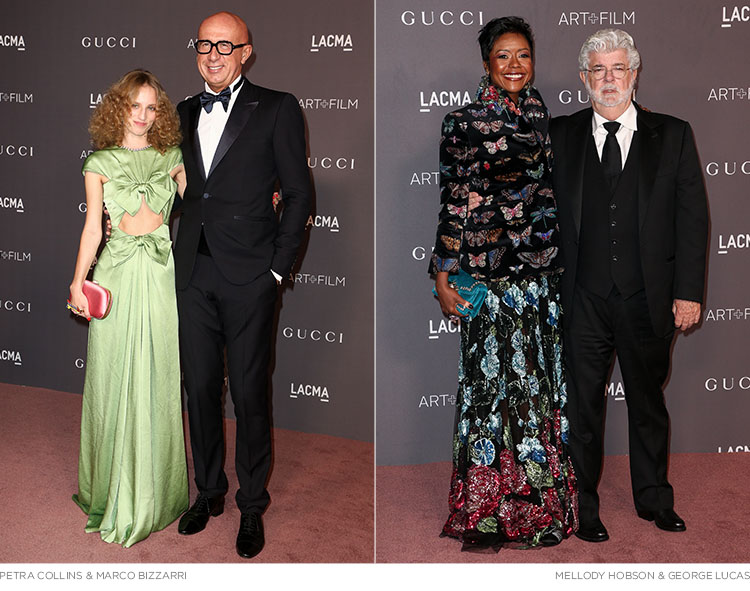 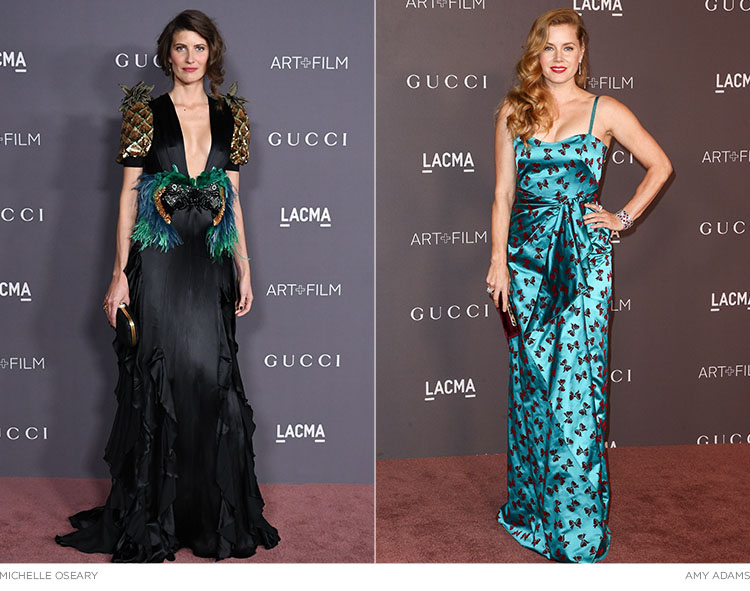 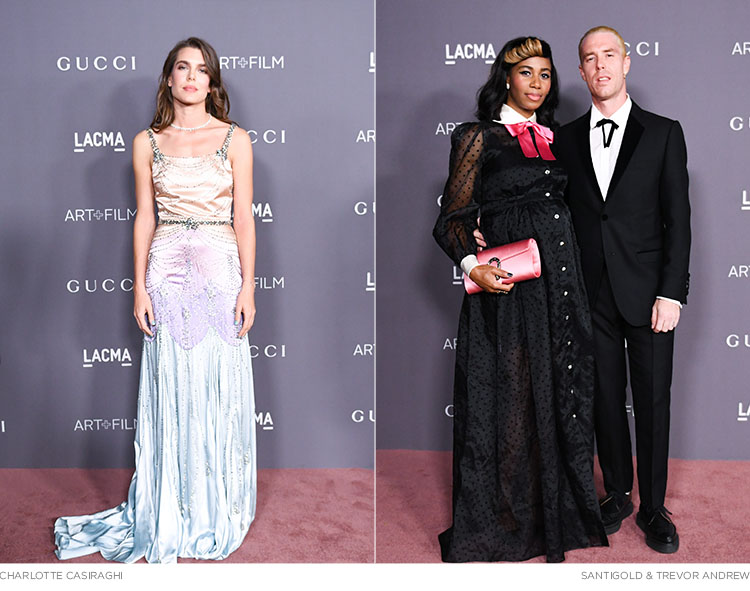 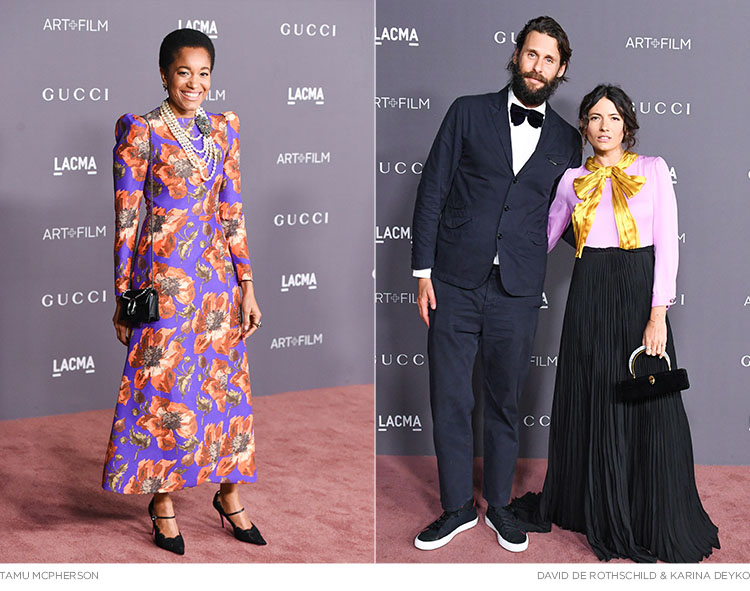 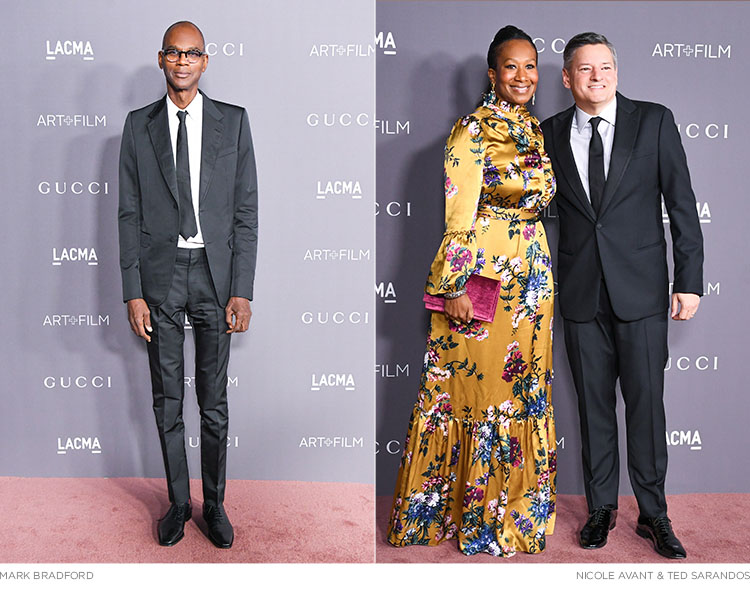 Not everyone wore Gucci. Instead there was an mix of vintage and couture with Kim Kardashian West in vintage Tom Ford for Gucci, my girlfriends Erica Pelosini in Francesco Scognamiglio Spring 2017 Couture and Susan Casden in Gaultier Couture, Jane Fonda in Elie Saab,  Naomi Campbell in Atelier Versace, Elizabeth Chambers in the very same Emilia Wickstead I debuted last week, along with Katherine Ross and Jared Leto also spotted in Gucci. 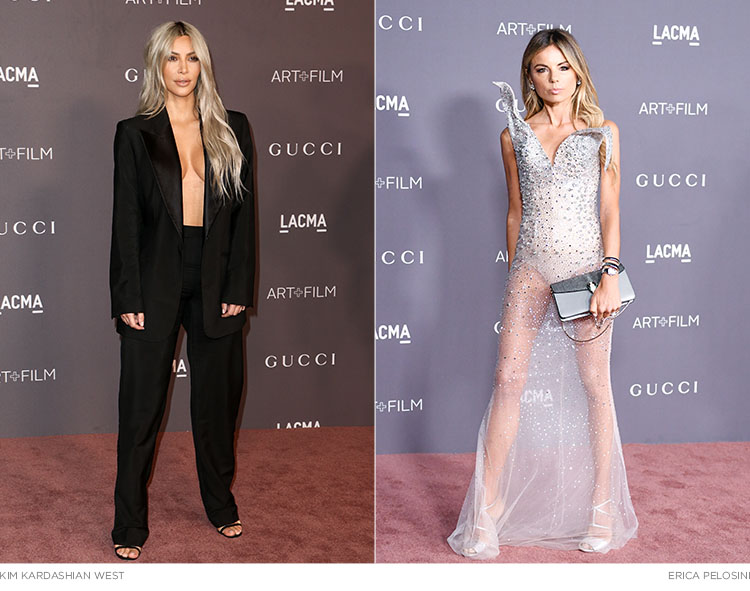 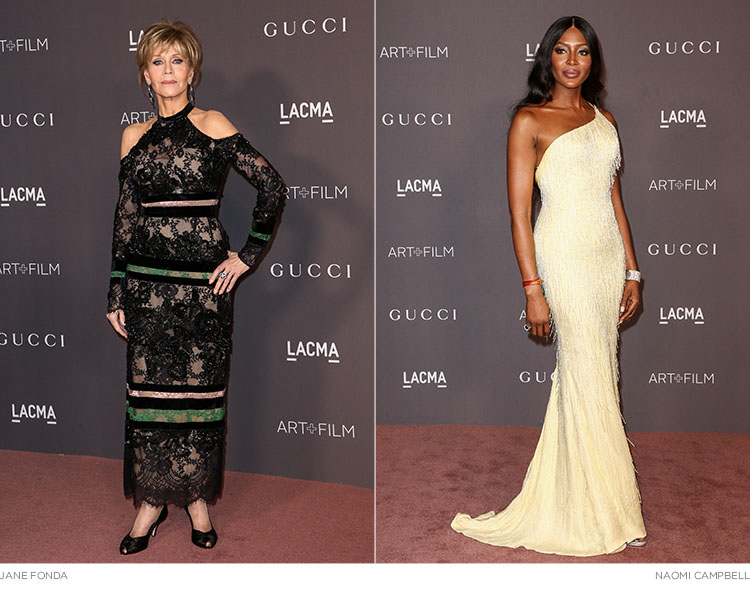 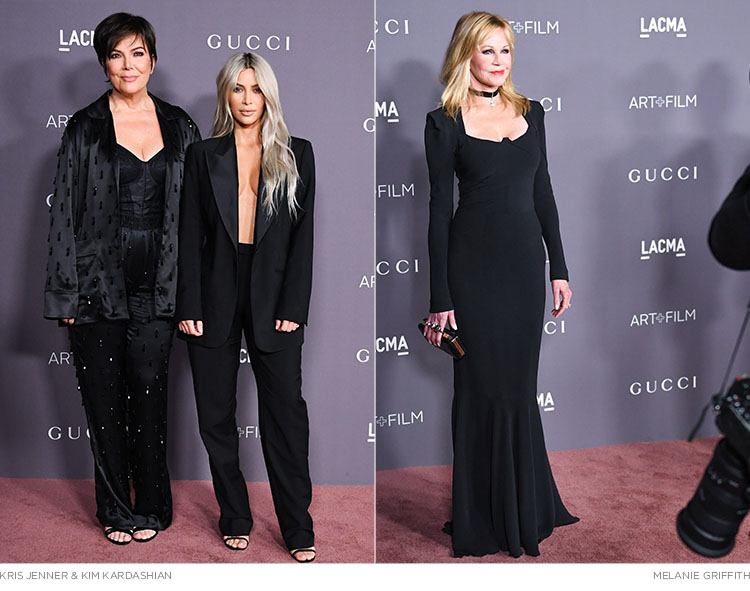 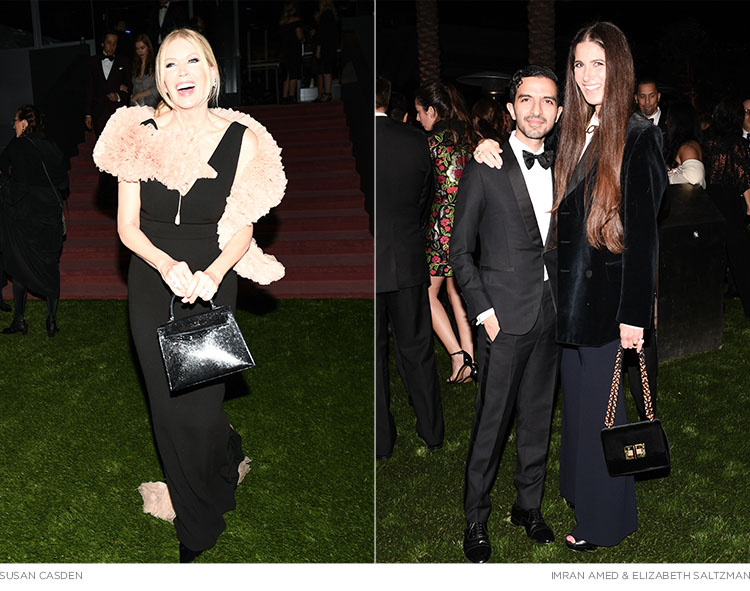 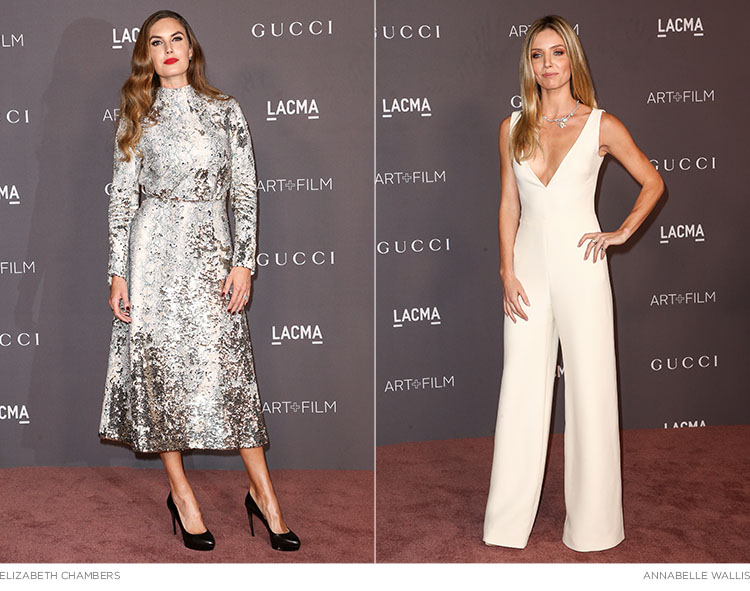 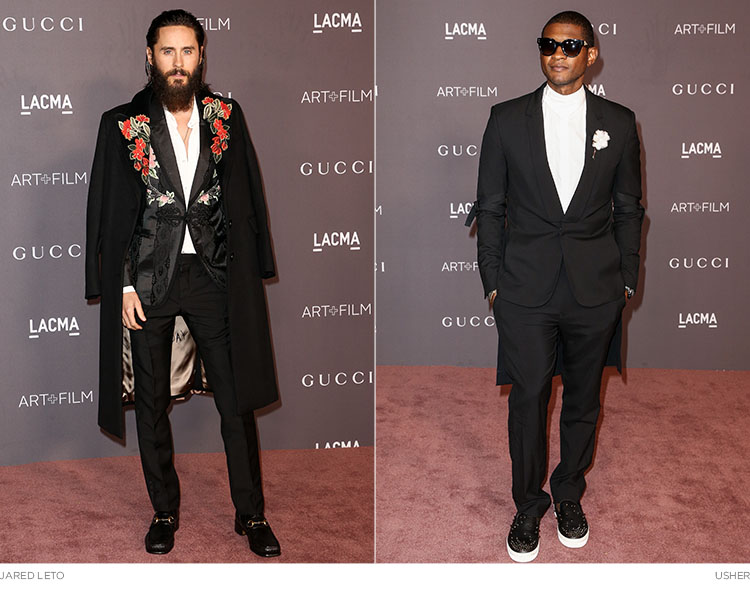 Live From the Red Carpet