Leap Year Proposal! Yes! You Can! 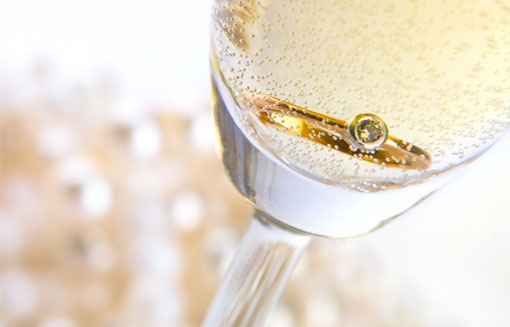 If you forgot, today is Sadie Hawkins Day and it comes every four years on February 29th. That’s today! So this is your chance to  pop the question “Will You Marry Me?” The good news is it just might work. So if you need a push, The Blonde and The Brunette are giving you one and we have the research that says the odds are pretty good that he might say “Yes!” According to a new survey, 44% of British men would say ‘yes’ if their girlfriend were to propose, and a third of men would like to be proposed to! What?! Read that again.

The survey, commissioned by PopCap, asked 1,000 men and women currently in a relationship a number of questions relating to their attitudes towards the leap year – when tradition is thrown out the window and women allowed to propose to their beaus.

For the most part, it seems women would rather stick to tradition and have the men do the proposing. Only a quarter of men think the traditional marriage proposal is outdated, compared to only 13% of women.

Despite that, over a third of men said they would like to be proposed to, although it seems women are not as confident in a positive outcome: only 30% of women think their men would say ‘yes’ if they were to propose.

The tradition dates back hundreds of years, to when the leap year was not recognized by English law; the day was simply “leapt over” and ignored. Since it had no legal status, formal traditions did not apply on this one day. Consequently, women who were not content to wait for a proposal took advantage of this anomaly and popped the question themselves. It was also thought that since leap year corrected the discrepancy between the calendar year (365 days) and the time it takes for the earth to complete one orbit of the sun (365 days and 6 hours), it was an opportunity for women to correct a tradition that was one-sided and unfair. Go for it! Anyway, the survey says:

Interestingly, the survey revealed that (duh!) women are not as confident of a positive outcome were they to pop the question, with only 23% believing their partner would say yes unconditionally. 33% of men said they’d probably say no and 15% said they’d say yes but on the condition that their partner promised not to tell anyone how it’d happened. Interestingly 21% of women thought their guys would try wriggle out of the situation by attempting to change the subject and almost 5% of the men said they’d throw up on the spot! Now it’s up to you to decide. Heads or tails?