Newcomer Thomas Tait Moves To The Forefront In Fashion

posted by NJ Goldston, The Brunette on September 22, 2011 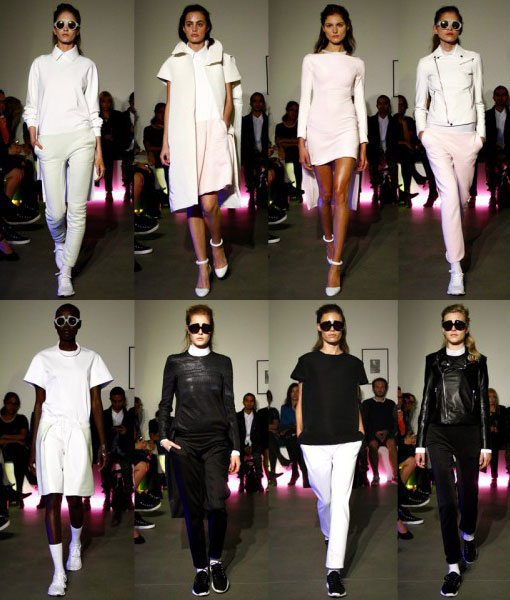 The Blonde & The Brunette would be negligent if we didn’t mention one more very hot collection that wowed the fashion press and buyers last week in London.  With only 20 looks in his third collection, Thomas Tait, a recent graduate of the famed Central St. Martins, has become one of the newest and hottest London talents to emerge onto the International fashion scene.  With a nod to Balenciaga and the younger generation, he gravitated to shorter lengths and sporty looks using baby pinks, some green and whites along with stark black and white treatments.  But all was  not so simple.  Tait incorporated complicated pleating using a grid pattern that also appeared to have a sequin effect giving a wondrous sheen, highly sculpted white and black motorcycle jackets and paired almost everything with sneakers.  Logic and fashion have now officially taken to the streets as a new definition of fresh has arrived.