‹ H & M: The New Icons
Rihanna:Shine Bright Like A Diamond ›

Only 10 days away, all of LA and the art world is talking about the upcoming MOCA 2013 Gala. It’s the first comprehensive museum retrospective of works by the internationally acclaimed Swiss-born artist, Urs Fischer. Well-known as one of today’s most important contemporary artists, Fischer uses a range of media to express the transience of art and the human condition. The massive art installation, underway for over a month, is the talk of the art world.  I was there last week, by invitation, to sculpt, as massive amounts of clay were brought in for the group art installation. Read on. This was the experience of a lifetime. 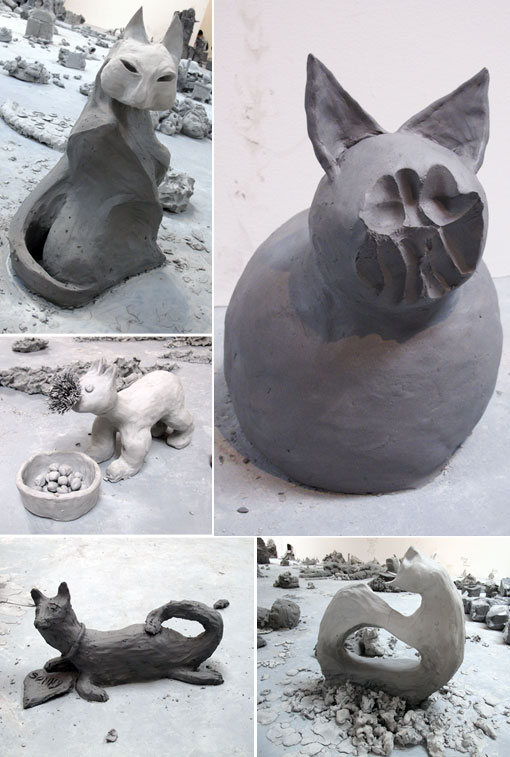 Some of the cat sculptures we spotted.  Ashlee’s is the top right corner. 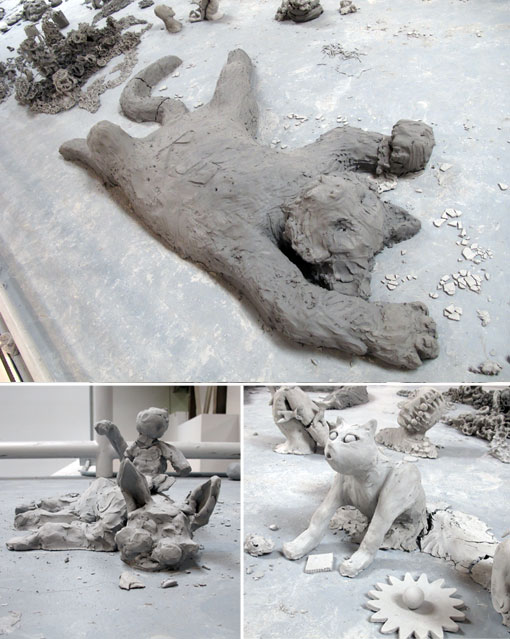 Don’t let the photo fool you, the top cat was bigger than a person. 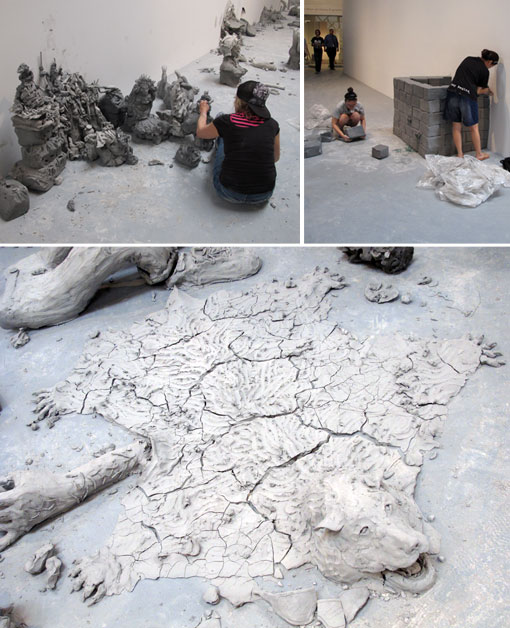 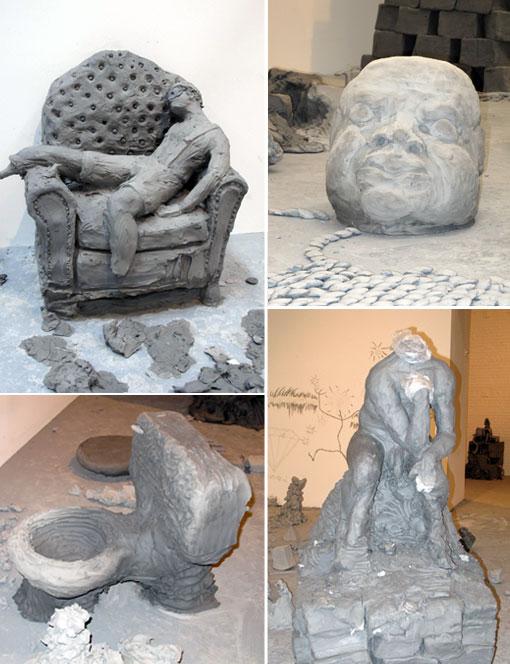 Some of the other creations, including a brick building, toilet, and Thinker.

A lovely lunch spread for the artists generously donated by Urs Fischer. 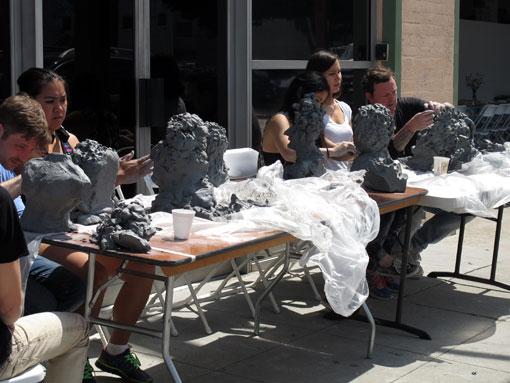 Urs (far right) working with a few of the participants on some head sculptures.

All photos by Ashlee McNulty.

So how did this all happen? In anticipation of the opening of the first comprehensive museum retrospective of Swiss artist Urs Fischer, MOCA sought local artists to work alongside Urs to create a massive art installation at its Geffen Center.  This is not completely surprising since the artist is best known for his large-scale sculptures and installation art, in addition to his drawings and collages.  And we got to participate.  As you read this, hundreds of creatives will have participated.

Originally, participants were to sculpt cats (similar to last year’s installation at the Palazzo Grassi in Venice, Italy) because Urs believes cats are simple forms to sculpt.  But by the day we were there, Urs had opened up the installation to any subject matter the artists desired.  There was anything and everything, from the literal (clay blocks used to build a block wall) to the imaginative (clay snowman).  Artists were able to sculpt wherever they liked and in any scale.  We were to leave all scraps, so, as you can imagine, there was clay everywhere…even on the walls!

Because the sculptures were un-fired, things were getting pretty dusty.  It was creative chaos and it was awesome and inspiring.  There was an incredible sense of creative community as artists from all walks of life not only worked alongside each other, but the artist himself; the entire time, Urs was walking the floor and hand-picking sculptures to contribute to the exhibit. Urs even generously catered lunch for participants by bringing his New York studio chefs to LA. We literally experienced being in an assistant in his studio.  Just like the clay crumbs, this is a bit of event foreshadowing. 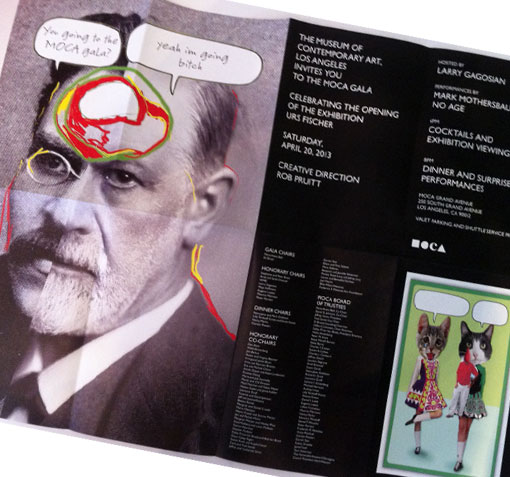 Urs Fischer was born in Zurich, Switzerland and though he studied photography, he is best known for his drawings, collages and installations.  The artist has been active since the mid-1990’s and is heavily influenced by anti-art movements, such as Neo-Dada.

The exhibit, “will occupy a total of 65,000 square feet at both MOCA Grand Avenue and The Geffen Contemporary at MOCA from April 21, 2013 to August 19, 2013. Presenting his work of the last decade the show will bring together for the first time his many iconic works from leading international collections as well as new productions. A new landscape within the two unique museum spaces will encompass Fischer’s singular sense of the banal and the fantastical.” – MOCA

To attend the Gala or for more information , visit MOCA.org. Do not miss this!

– Ashlee McNulty, Brunette Contributor along with The B & B Team