Reporting Live From The Dior Cruise ’17 Show At Blenheim Palace! 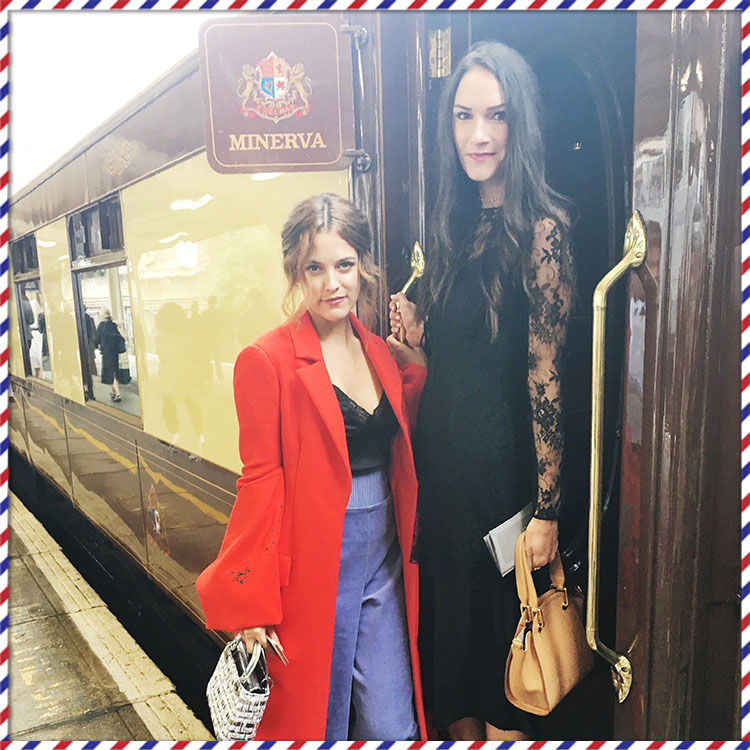 We were there yesterday as Dior went back to the site of one of their earliest shows.  They released their SS17 Cruise Collection at the historic Blenheim Palace in Oxfordshire, England, the principal residence of the Duke of Marlborough and the birthplace of Winston Churchill. My good friend Riley Keough (we’re both wearing Dior above) and I were lucky enough to get an invite! Dreams do come true especially for a millennial like me who has a serious travel bug. 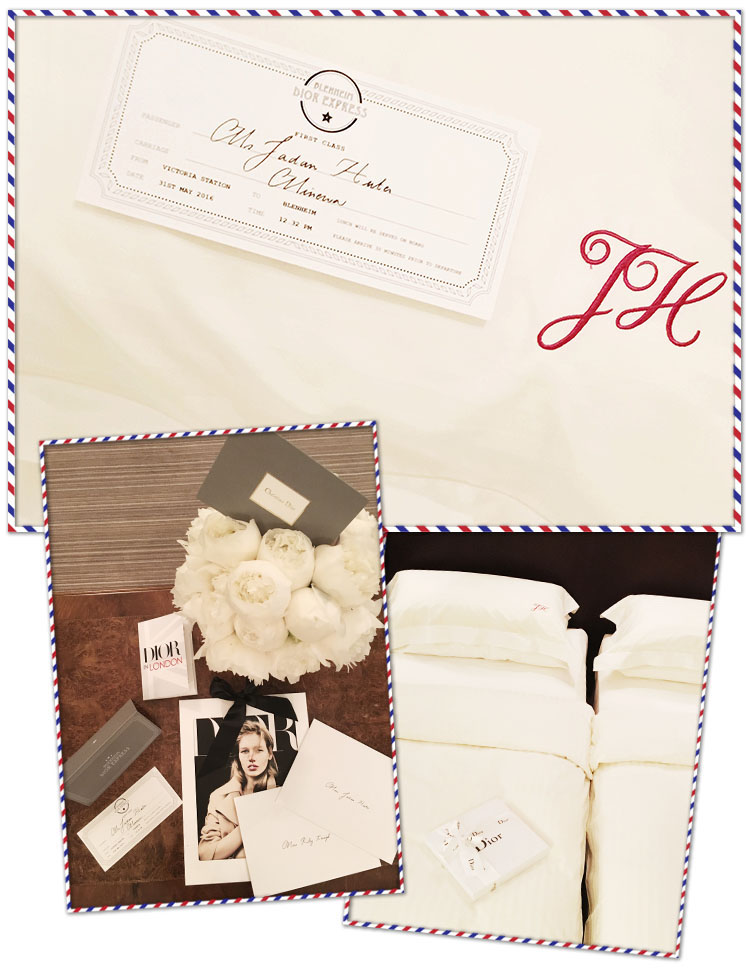 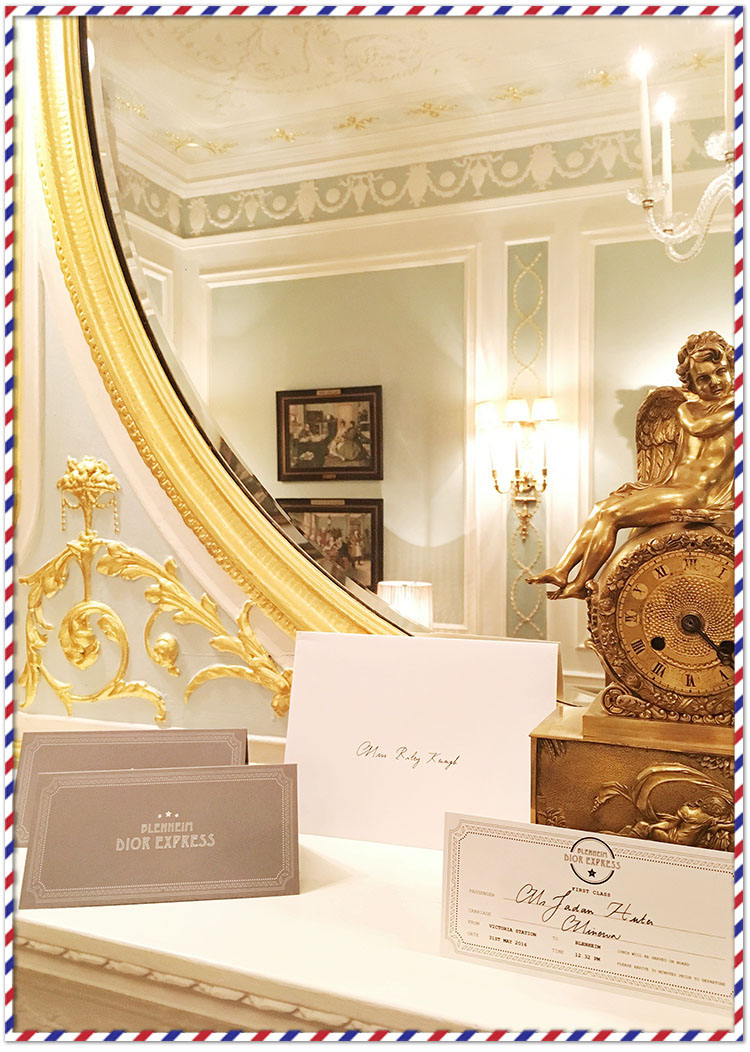 It all started the moment we touched down in London. We made our way to the luxurious Connaught Hotel (one of our favorite hotels in the world)  where the Dior team greeted us with gorgeous floral arrangements, the too cute for words invitation to the “Dior Express”, to personalized pillowcases and gifts. They left no detail untouched! We swooned. 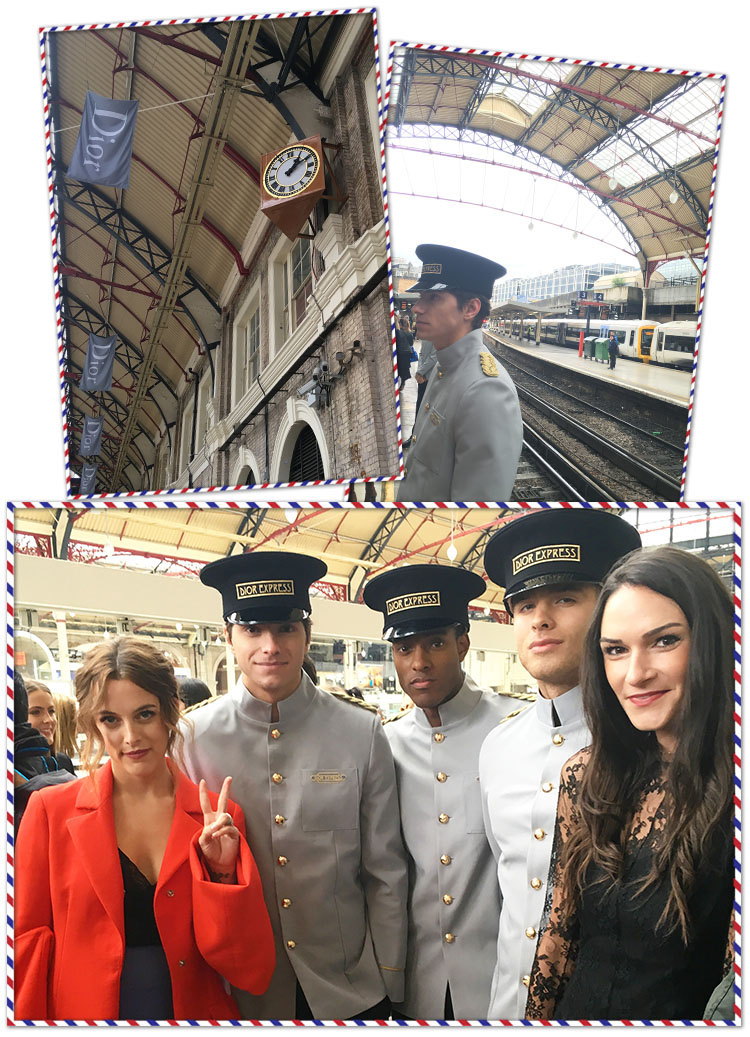 The next morning, we woke up early, as we were too excited to sleep! Off we went to the Victoria Train Station, where the “Dior Express“, which was actually the infamous Orient Express, picked us up to wine and dine us on our way to the show! Each conductor was head to toe in exquisite Dior attire, and every detail was jaw dropping. Off we went on a two hour train ride to Oxfordshire – in style. Riley in a Dior ensemble from the Fall 15 Dior Couture show (in a red standout coat) and I, in a stunning Dior black dress with a magnificent lace overlay. 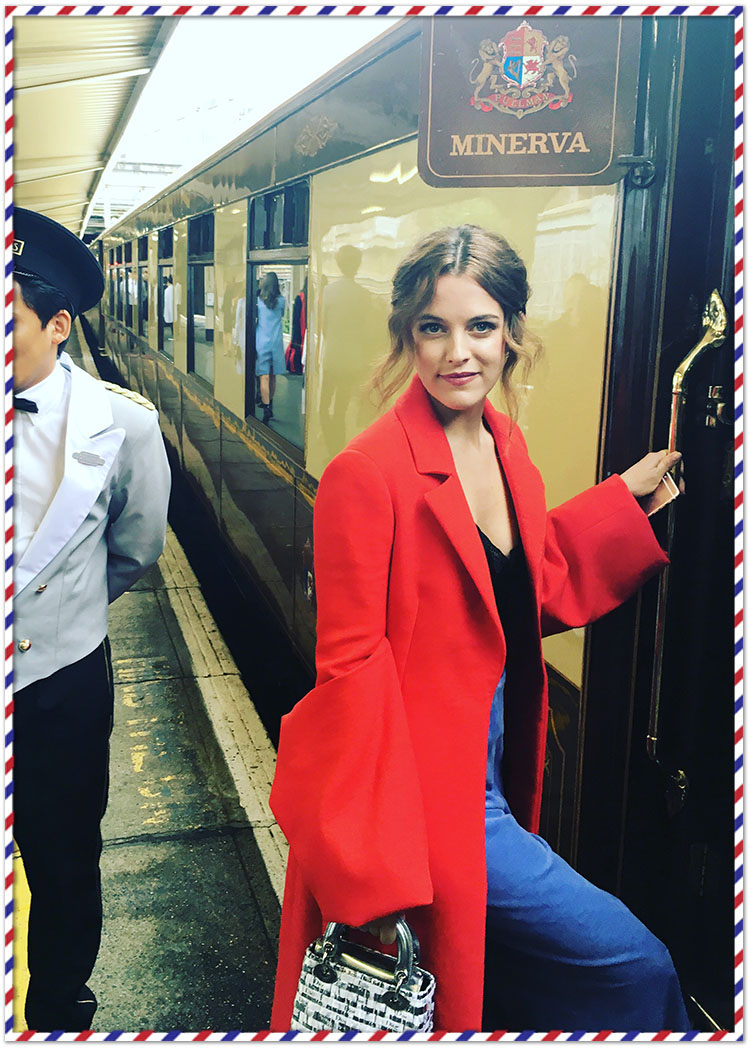 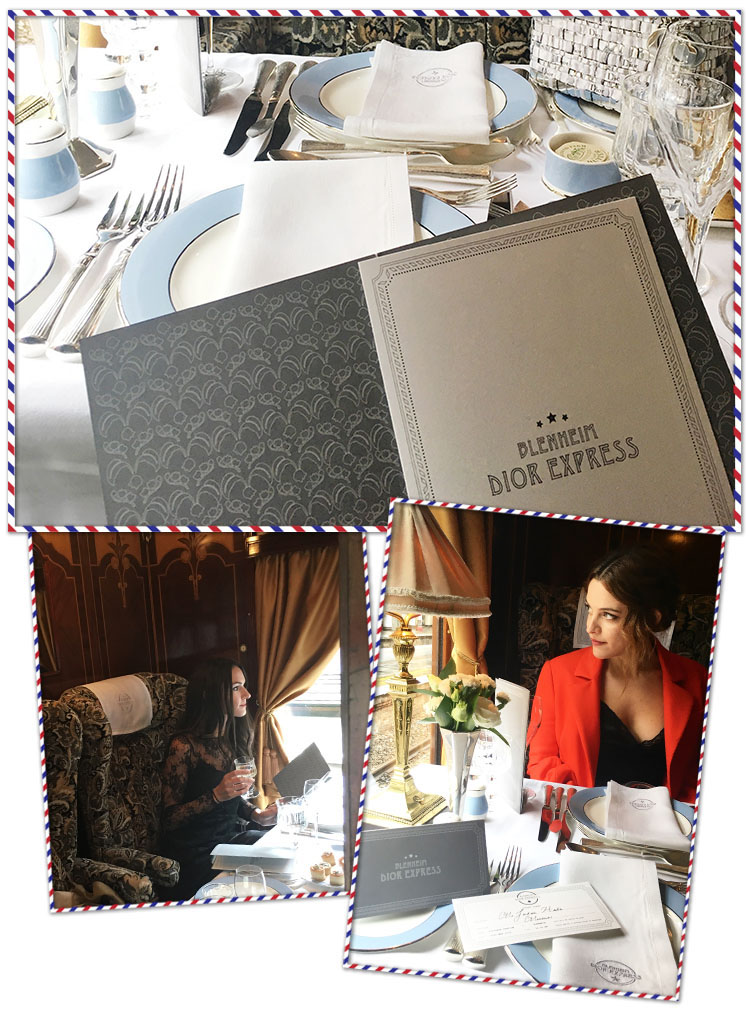 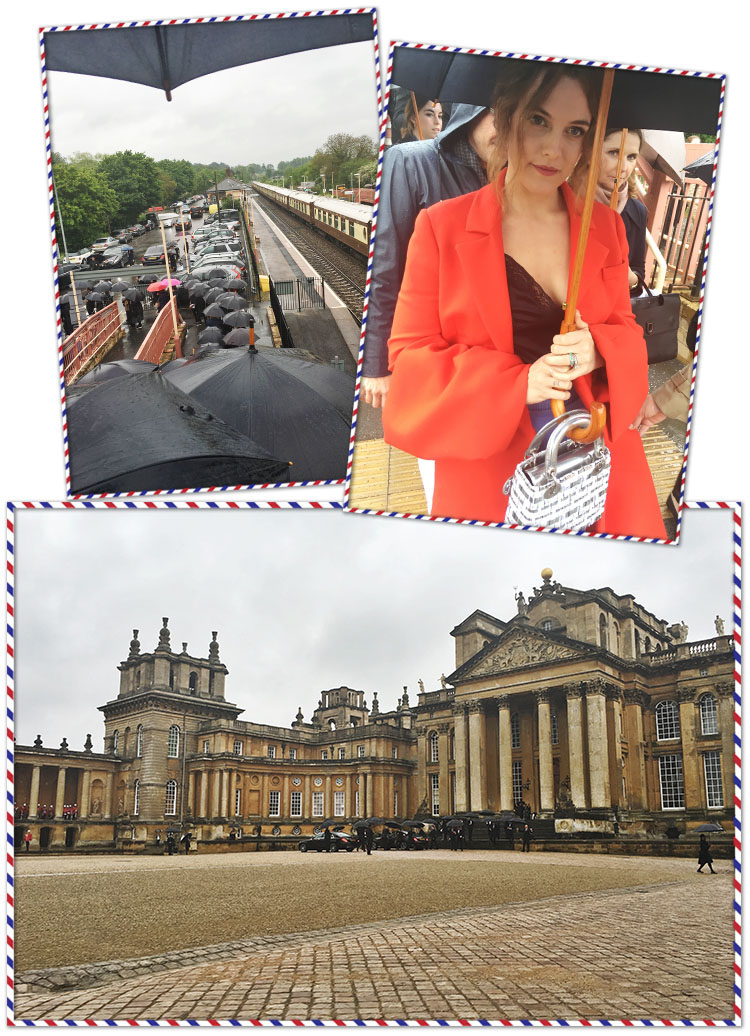 With a packed train, I’m not sure the sleepy Oxfordshire station knew what hit it when the Orient Express pulled up to unload a bevy of fashionistas, and in true London fashion, it was raining. We got our umbrellas and de-railed down the stairs and into the cars that were to drive us to the Blenheim Palace. Upon arrival I literally shrieked in awe of not only the size, but beauty of the estate. Everyone quickly got seated. I was right behind The Weeknd, and was just as excited as he was to to see his lady Bella Hadid walk the runway! 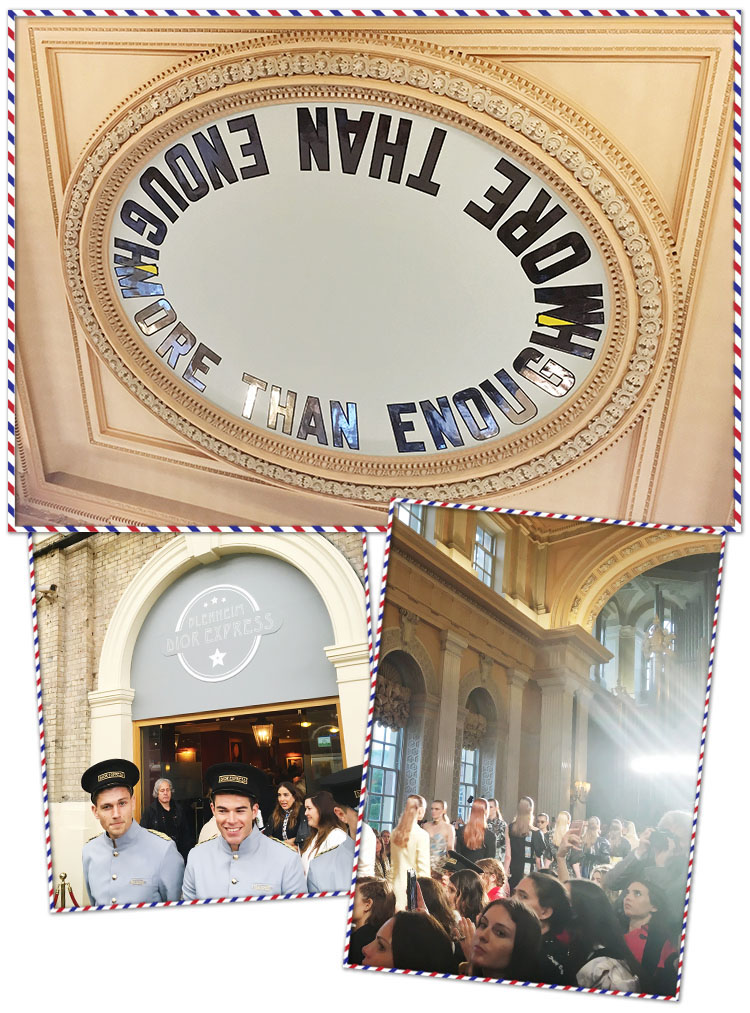 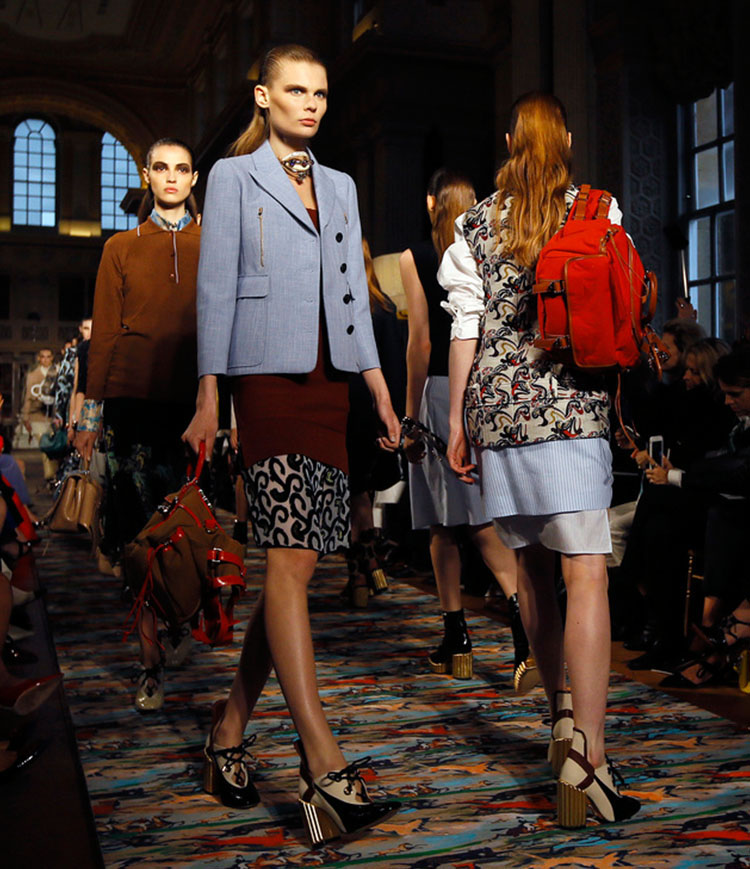 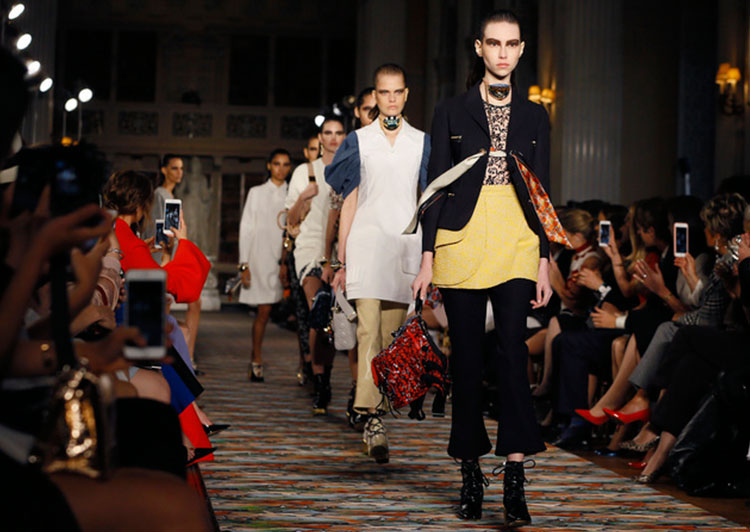 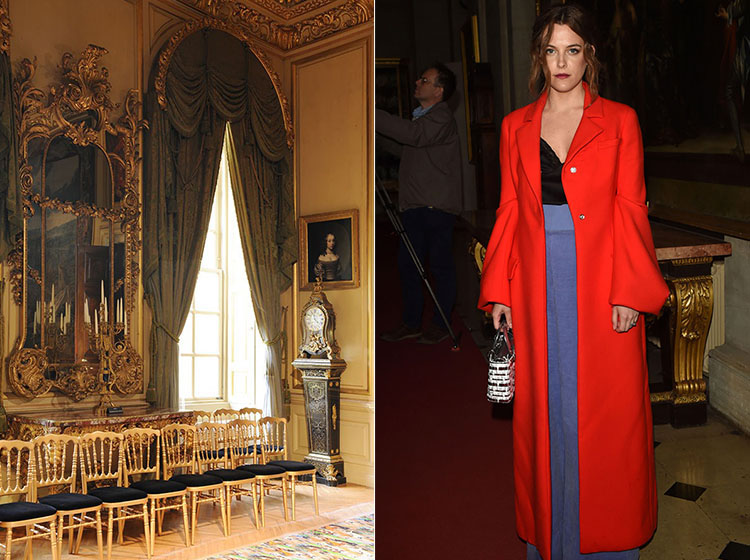 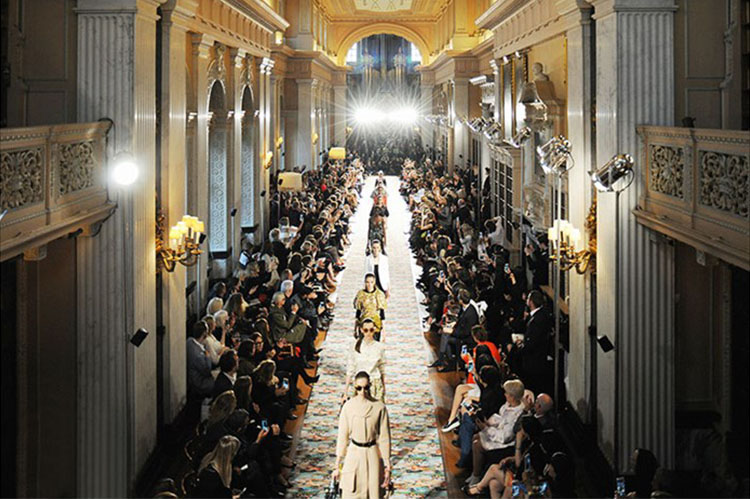 There’s a little background on why now. Why Blenheim. The French label has shown collections at Blenheim Palace not once, but twice in the past. First in 1954, when its founder, Christian Dior, was still at the helm, and again four years later, when Yves Saint Laurent took over the helm. With major brands using Resort Collections to travel the globe and engage millennials like me (and you),  putting the historic Blenheim Palace on the catwalk circuit for the third time, after a gap of 58 years, brings everything full circle but now in a new modern way. Besides being absolutely besotted (love that English word) with all the accessories, check out the booties, bags, and scarves (used in new ways), we loved the mix of the French aesthetic with the nod to the English.  Sinuous Tea Dresses. We want one! Ruching. Oh, that white dress. The mix and match skirts (so wearable) with images of an aristocratic riding to hounds woven into jacquards. Brilliant. There was also the classic Dior touches, with the Bar jacket, peplum skirts, and the touch of the masculine. Finally, if you’re in the English countryside (or even LA, New York, London or Paris), you must have a great coat or jacket. Take one more look at the accessories. We can’t stop thinking about them. 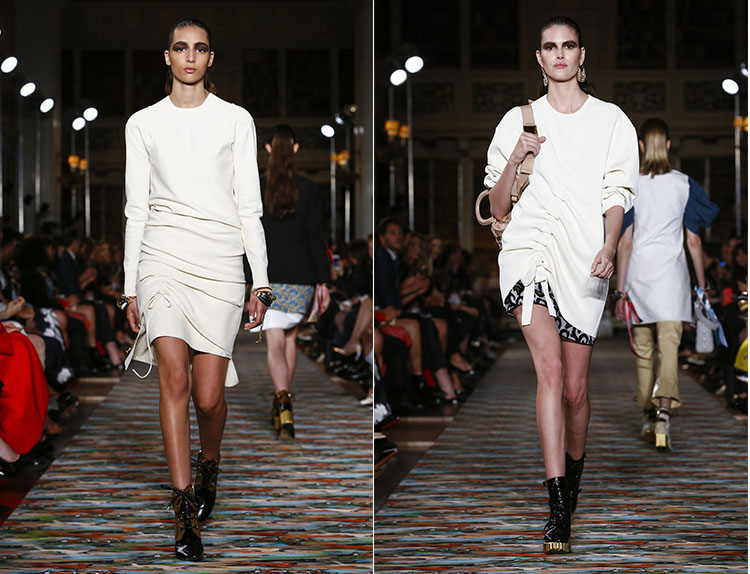 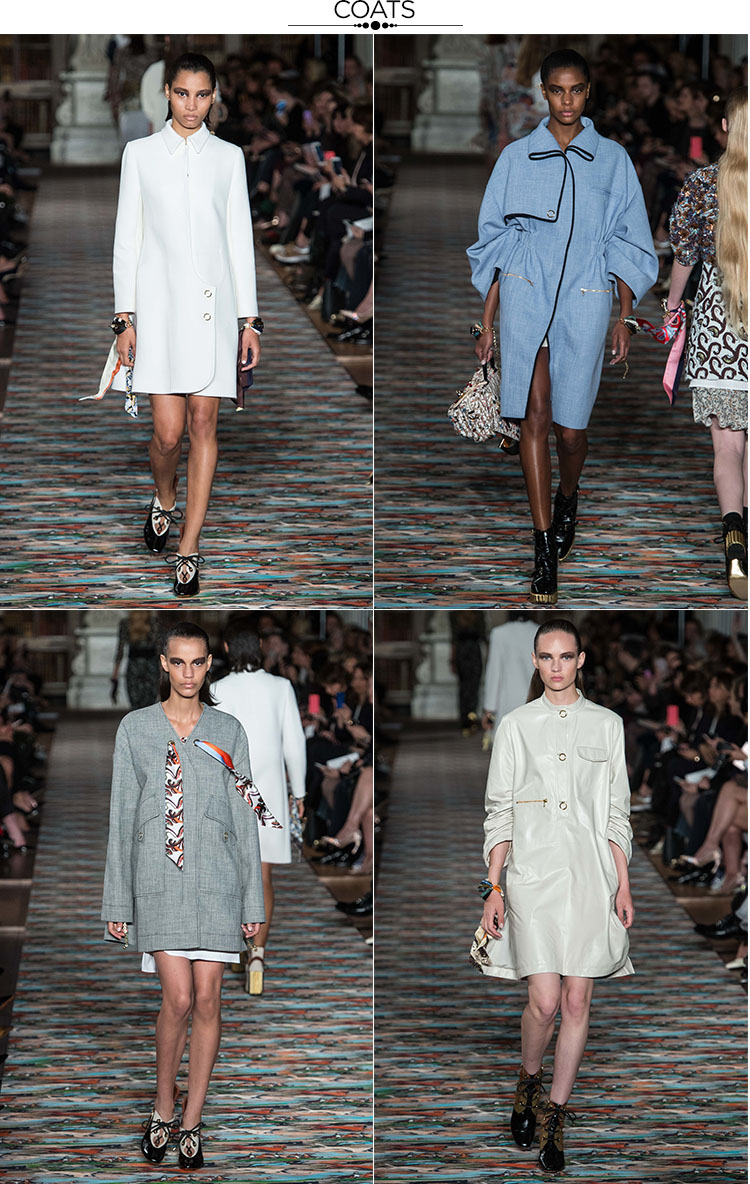 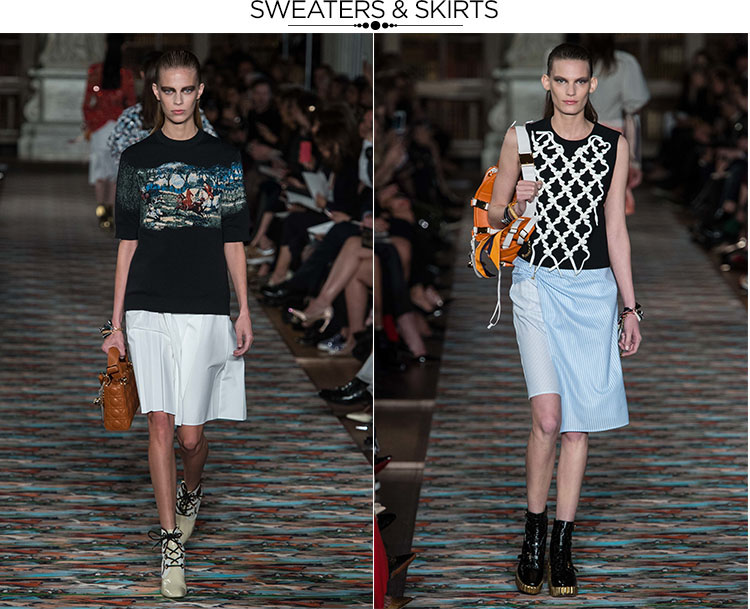 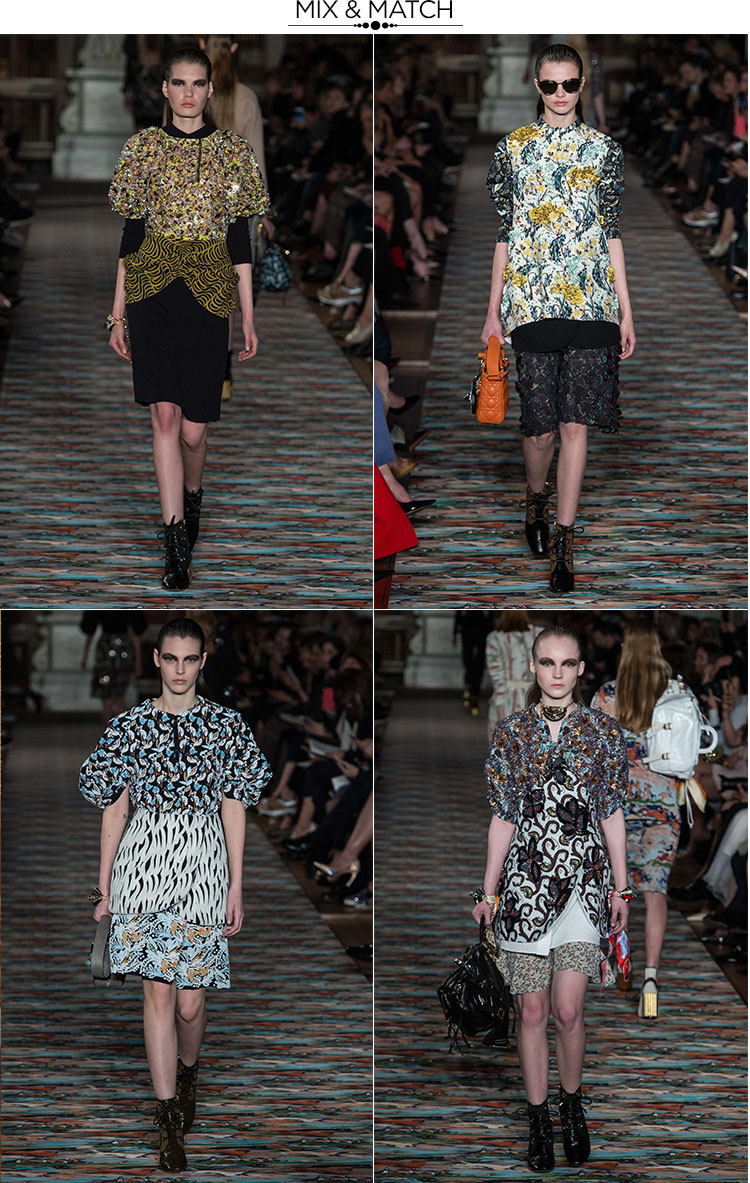 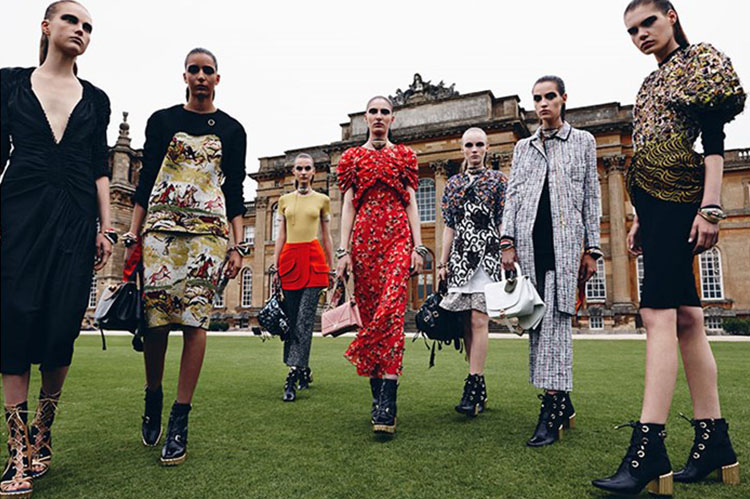 As we made our way back to the train and London for the after party, there was still one question hanging in the air. Who will be the new Creative Director at DIOR since the departure of Raf Simmons? Hint. We did find out the new Creative Director has been chosen, but only time will tell when Dior decides to reveal the successor. Till then, hands up for the interim Creative Directors, Lucie Meier, who studied under Galliano, and Serge Ruffieux, who studied under Raf. They brought down the house, or should be say palace! Maybe, just maybe, it’s this design duo. Only time will tell.

There are 3 Comments to "Reporting Live From The Dior Cruise ’17 Show At Blenheim Palace!"