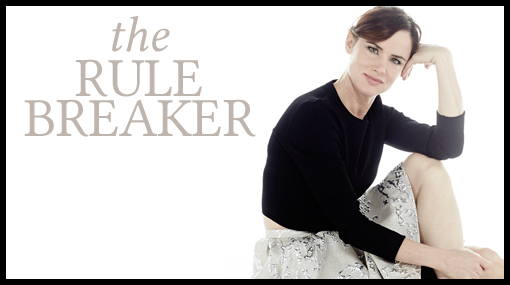 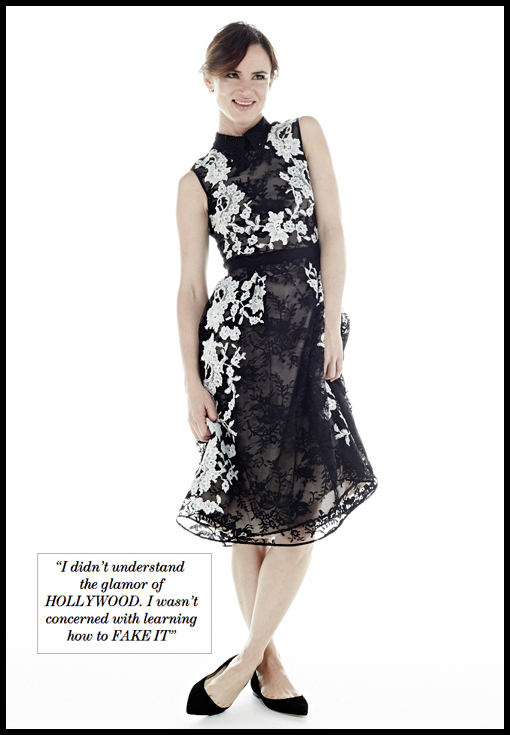 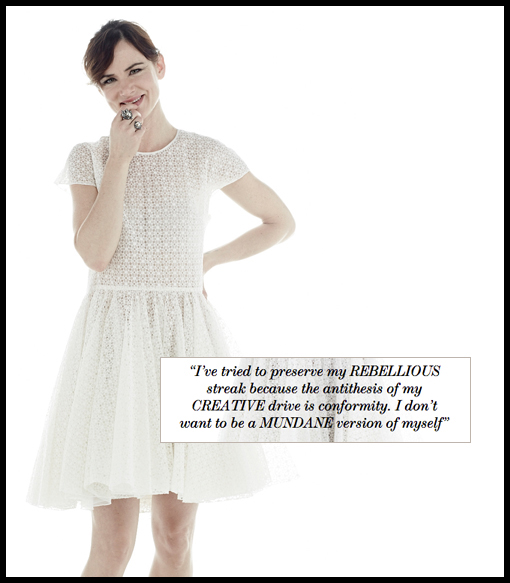 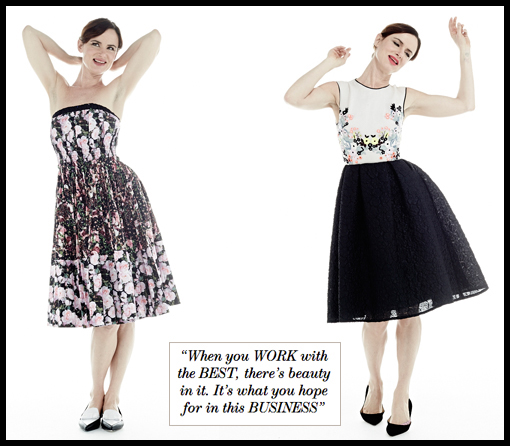 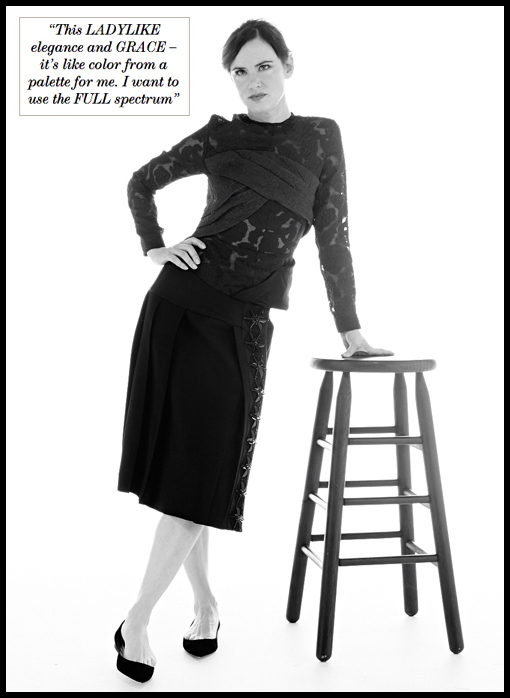 From her genre-defining performances on screen to her rebellious frontwoman persona, actress and musician Juliette Lewis is the antithesis of the Hollywood stereotype. That uniqueness is exactly what makes her a thoroughly modern lady and is suddenly bringing her into the forefront with her style. This week’s edition of THE EDIT, from Net-A-Porter, features her in dream pieces from a Givenchy lace peplum top, a cotton and silk-blend Giambattista Valli cream-colored dress, Marni’s appliquéd black skirt, the perfect black knit sweater from Proenza Schouler, an almost sold-out metallic jacquard Peter Pilotto skirt, Erdem’s Kali Lace Dress and a black brocade Michael van der Ham top.

In her fascinating interview, Lewis discusses her struggle with Hollywood, making music and turning 40. Well-known for her rebellious persona, Lewis admits that she wasn’t always at ease with photographers and stylists, “My parents raised the rebel in me,” she says. “When I was starting out, I had this aversion to makeup. My first photo shoot, I was so naïve, I assumed they were going to take my picture, just me – no makeup, in my own clothes – like they would Robert De Niro.”

Now in her 40th year, Lewis has says she  has suddenly rediscovered her love for the red carpet. She recently admitted, ” My eyes are open and excited by designers in a different way. I didn’t lean on that side of myself when I was younger.” That’s probably a good thing. Lewis has been gracing many a Red Carpet these days as part of the award-winning August:Osage County film cast. On her revamped style, Lewis states, “I don’t like a lot of fuss. I’m into strong shapes as I’m small and too much fabric can swallow me.” She favors designers who convey “extreme femininity with rawness and edge”, such as Erdem, Vionnet and Vivienne Westwood.

To read more of her fascinating interview or grab some of these stellar, ladylike black and white looks, check out THE EDIT .  Nothing like a good weekend read!