Inside Scoop: The ‘Dior & I’ Must-See L.A. Screening AT LACMA 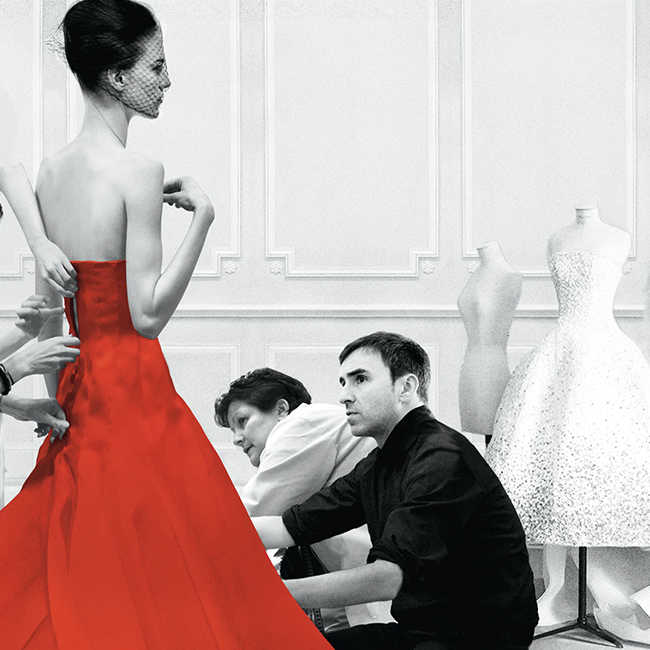 He Has A New Vision. They Have Eight Weeks to Create it.

It’s been three years since Belgian designer Raf Simons had exactly eight weeks to step in and create the next Christian Dior Haute Couture collection after the sudden, very public departure of John Galliano. Somehow, in the midst of the dawn of a hopefully new and auspicious era,  37-year-old filmmaker Frédéric Tcheng convinced the very image conscious storied House of Christian Dior and the very private Raf Simons to allow him complete access to documenting the creation of his inaugural collection. The pressure was enormous and the entire fashion world was watching and captivated by this moment in time.  The result, “Dior and I,” opened in San Francisco, New York, and last night at LACMA in L.A. 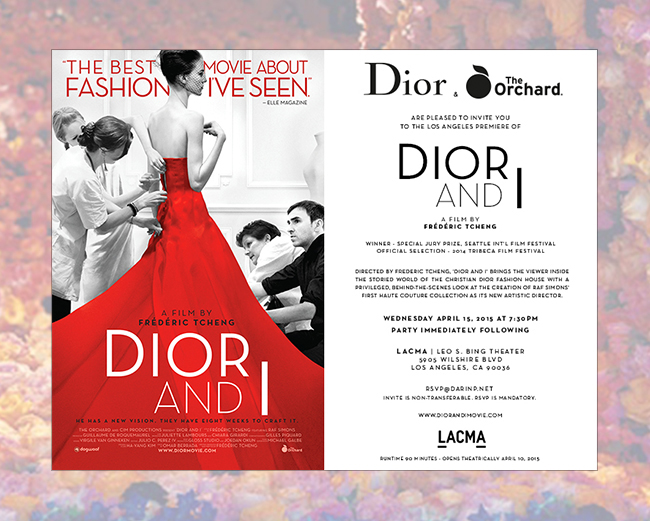 I don’t want to give away too much, but this is a must see for anyone who wants to understand not only the creative process but the true intricacies, teamwork, painstaking sewing, and beading work that is required to create and execute a Haute Couture Collection. You will suddenly understand more than ever why the prices are what they are and the subtleties of this exclusive world. The genius of the  film is how it gives us exclusive access to the  rarified, behind the scenes inner workings of a renowned atelier. What is even more striking is how Simons choice as the new Creative Director represented an unexpected and exciting choice. There’s a reason Sidney Toledano and Bernard Arnault are such visionaries. They know when the time  is right for monumental change and are willing to commit. They’re willing to risk it all and so was Raf at this moment in time. 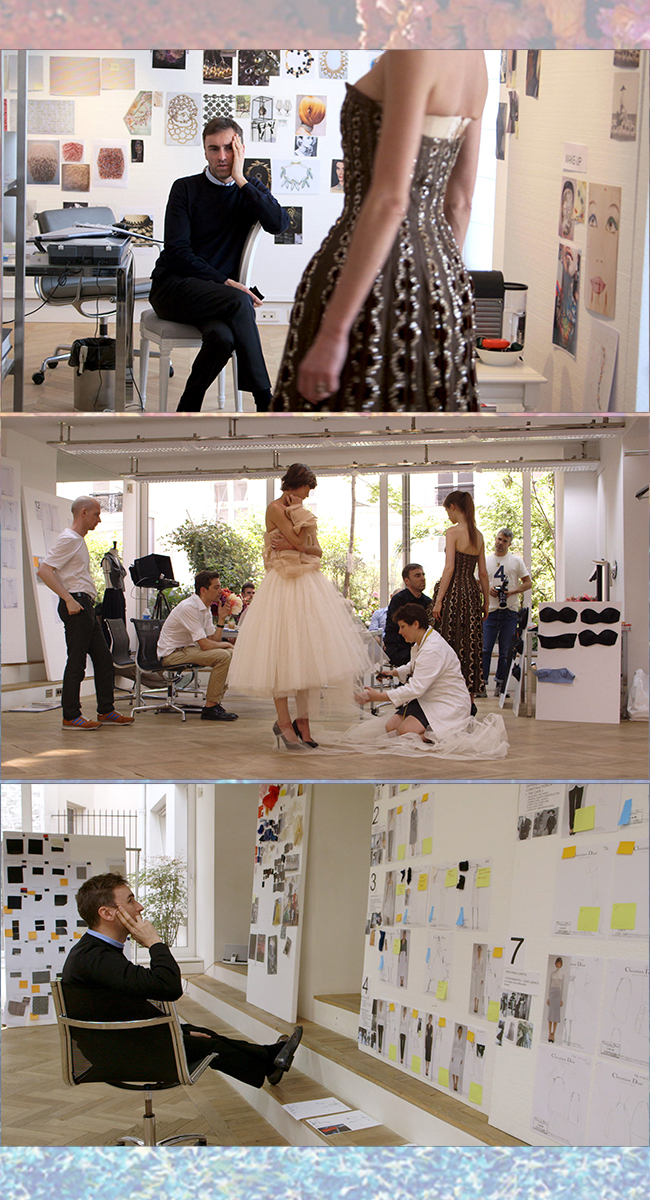 So even though there was a stunning Grey Carpet (as Christian Dior loved grey and pink and see the film to find out why) Wednesday night, the film was not about celebrity as so many of  other fashion documentaries that have proceeded it. Instead it’s a journey through the painstaking process of creating a collection from the workrooms, to the the fabrics, to the inspiration ( Dior’s love of florals to the influences of the contemporary artwork on today’s fashion leaders). The result is splatter-painted Sterling Ruby fabrics, which were also on display at the LACMA showing , to the actual runway show which featured millions of floral blooms in signature Dior colors that served as a spectacular backdrop as the models moved from room to room. 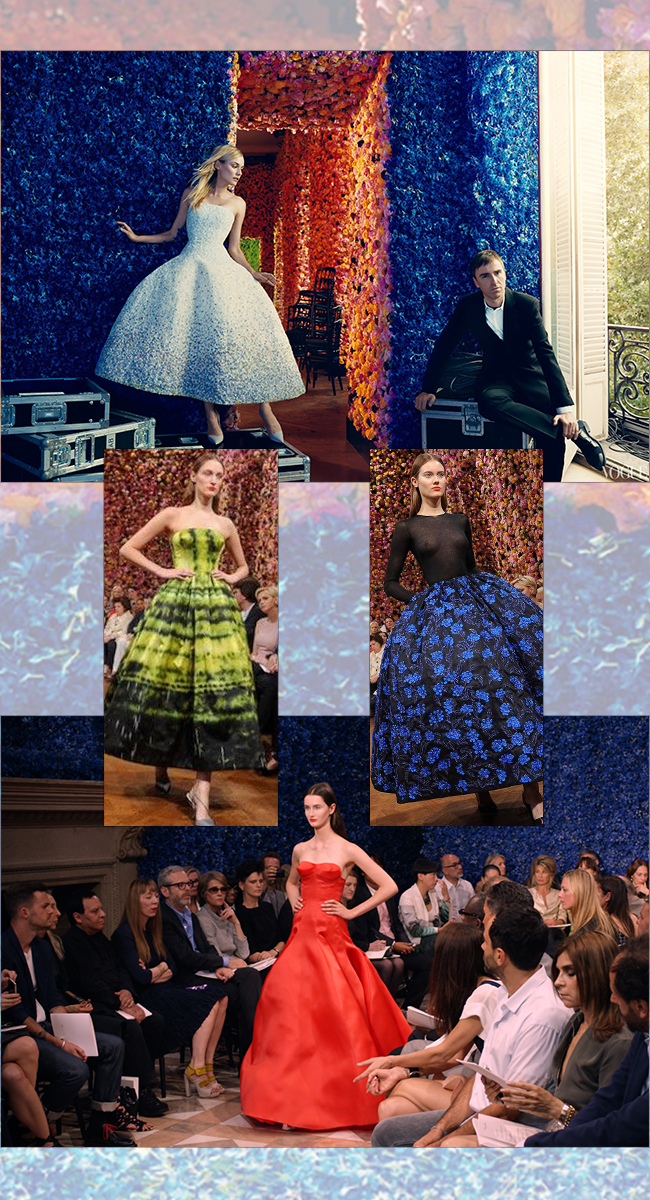 To tantalize you, we selected some of the key looks that carry the film from Raf Simons’ inaugural Christian Dior Haute Couture  Collection. Everything from the newly imagined “Bar” Jacket to his modern evening wear is part of the emotional journey. 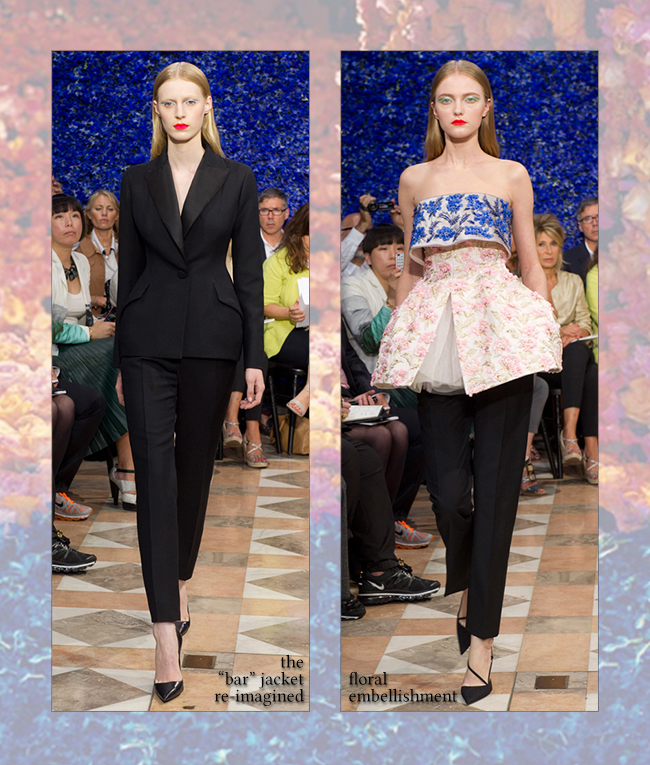 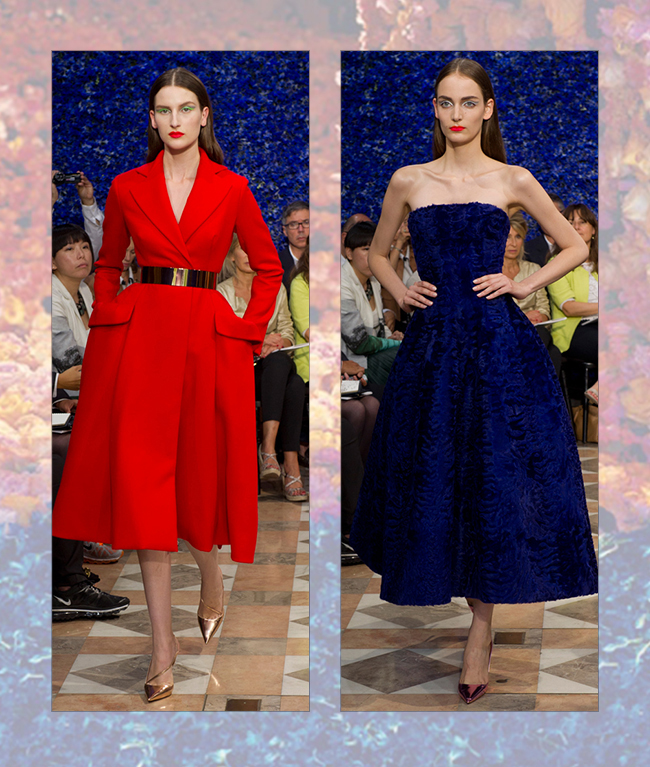 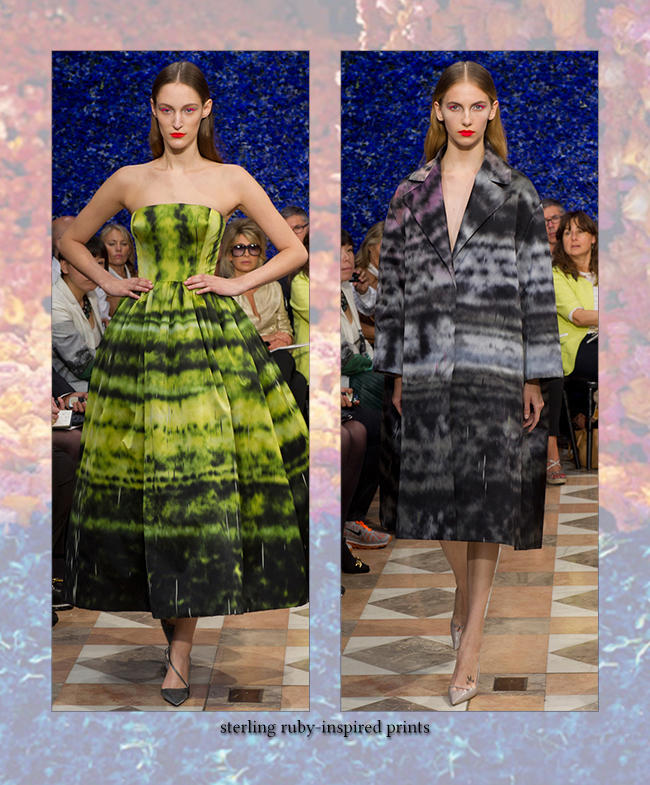 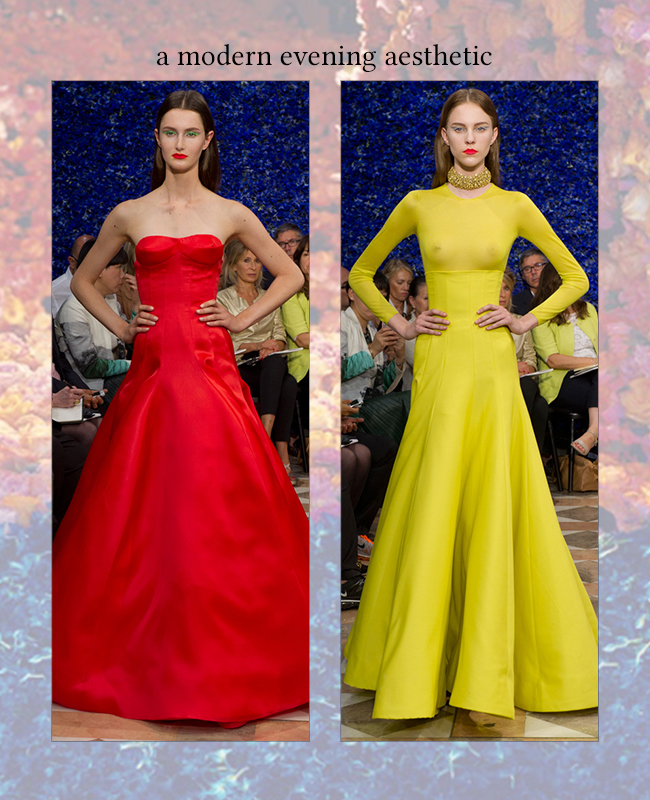 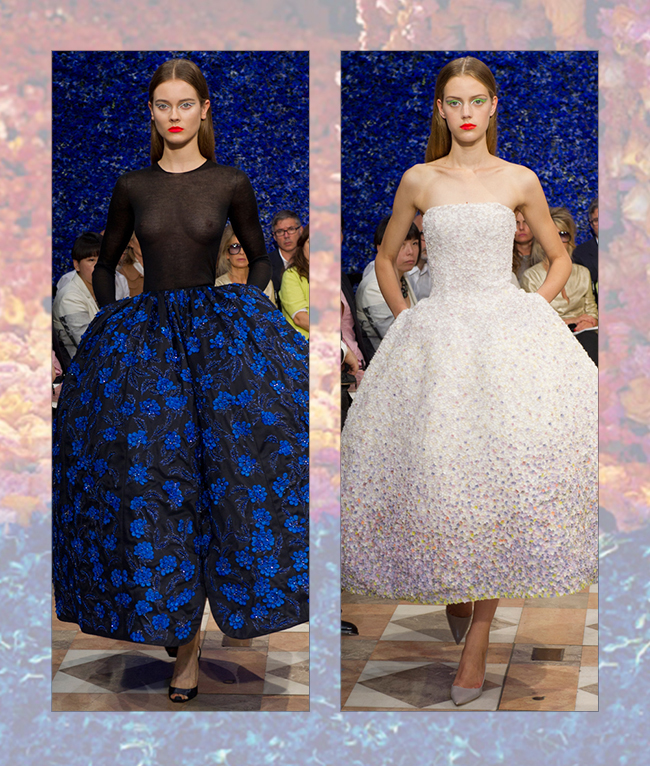 Finally, Wednesday Night’s Grey Carpet was another dazzling example of how far the brand has evolved. Still feminine but thoroughly modern especially on a beautiful, pregnant Jaime King. 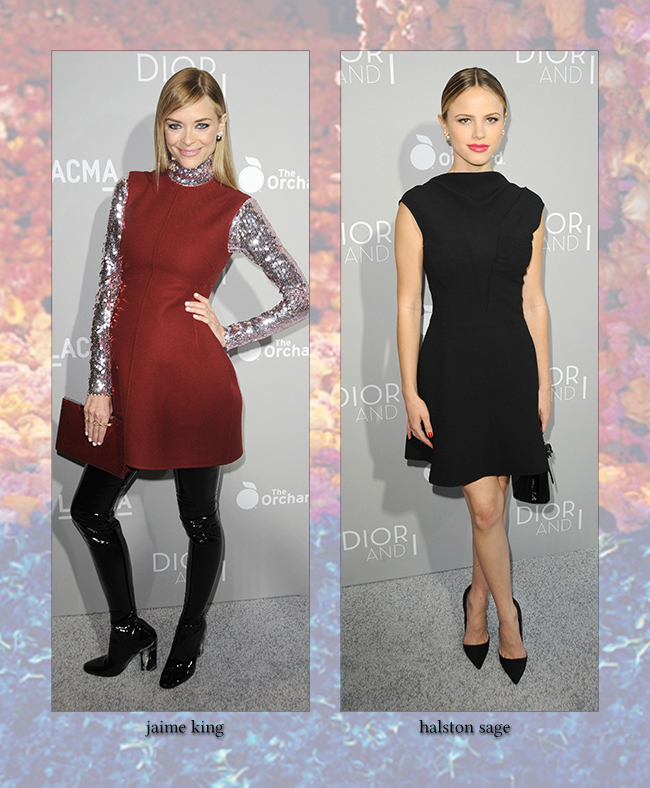 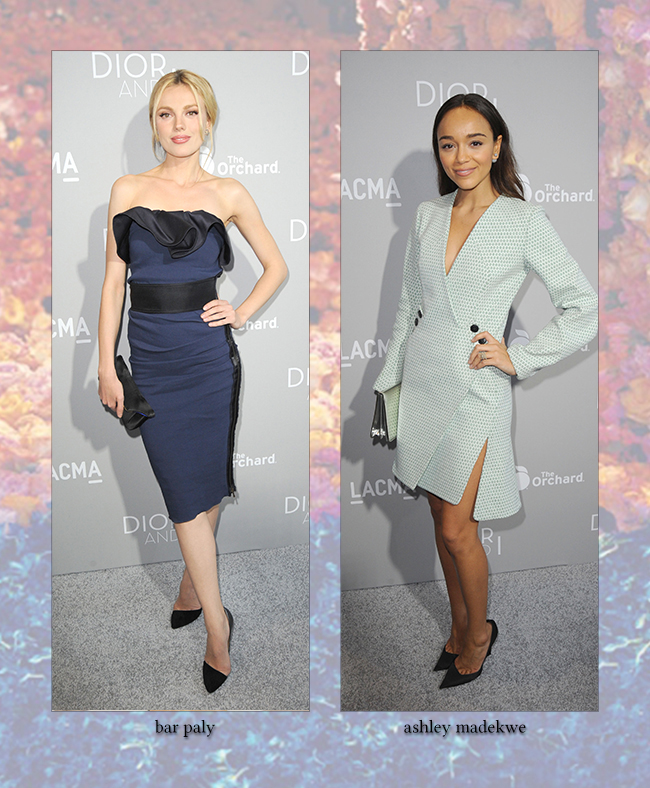 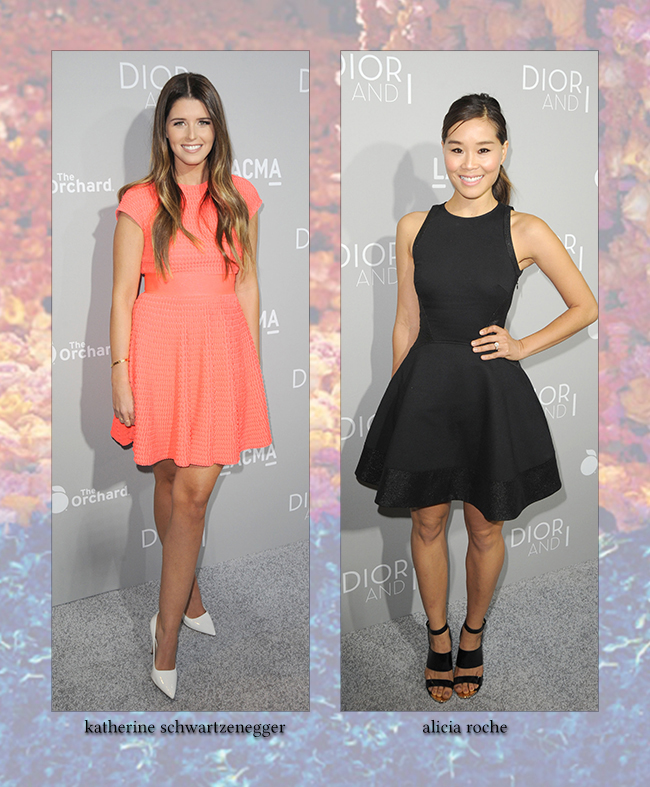 The film opens today in L.A. and select cities around the U.S. This is a must! Treat yourself and go with a group of girlfriends or take your significant  other because at it’s heart it’s (not a girl’s film)  it’s about  the creative journey, the risks we take when we have  hope (and that’s the only thing that really matters the most in life)  and how we gamble it all for our dreams.