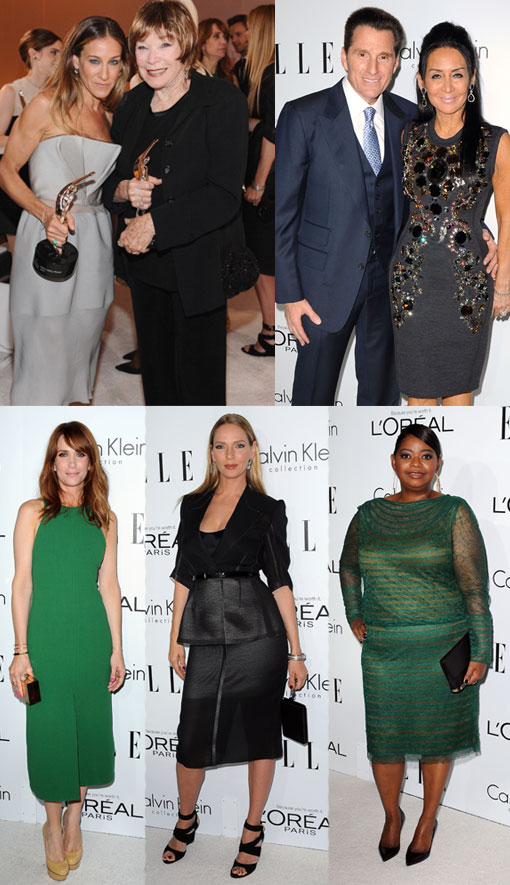 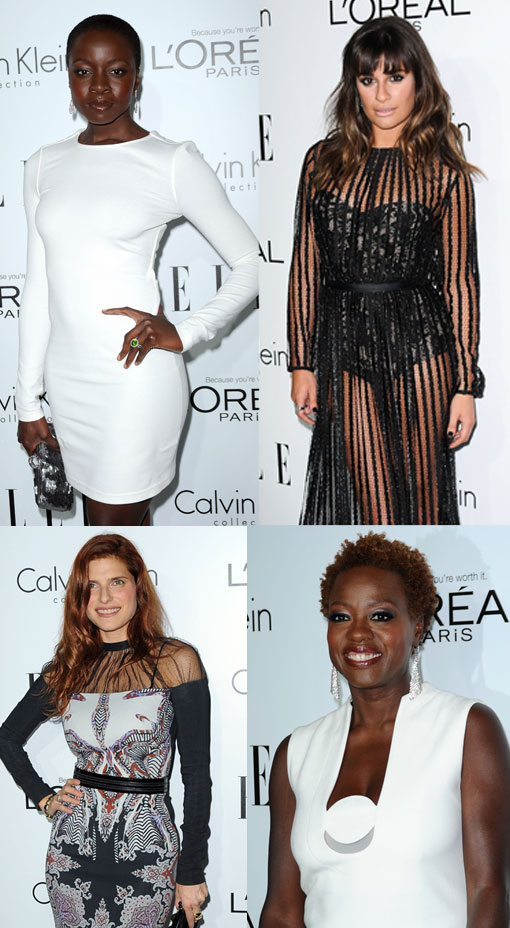 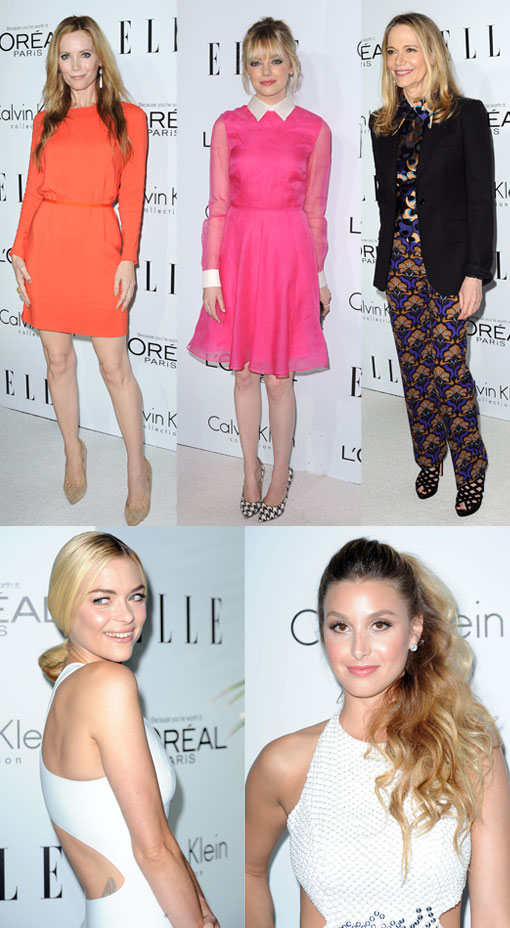 Above: Rachel Zoe and Cate Blanchett. All Photos: Andreas Branch for Patrick McMullan and AP Images

Sleek evening wear ranged from Sarah Jessica Parker and Emma Watson in Calvin Klein Collections to emerald greens, brilliant whites, brights and dramatic little black dresses with nipped waists, peplum and sheer on the trend radar. I found myself on the white carpet and breathed a sigh of relief that my Lanvin jeweled dress, from the Fall 2012 10th anniversary collection, was the perfect choice for this special evening.

Once inside it was an intimate evening by Hollywood standards. The room was bedecked in white carpeting, walls and tables accented with beautiful vibrant pink floral arrangements.  The evening unfolded with presenters from Robert Pattinson, Leslie Mann, Emma Stone and Alison Janey (as a hilarious duo) and others highlighting each honoree’s career including a short cinematic retrospective.  What made the evening so special was the amazing camaraderie, respect and out-right admiration for all of the women in the room for each other.

Besides Calvin Klein Collections dressing many of the stars, David Yurman jewelry sparkled on many of the celebs including including Sarah Jessica Parker. Presenting sponsor L’Oreal even provided special lipsticks and mascara in gift bags.

A memorable party and celebration that rivals the Oscars,  ELLE is girl power in action. To read more about it, pick up the latest edition of ELLE on newsstands. Another amazing night on the West Coast.