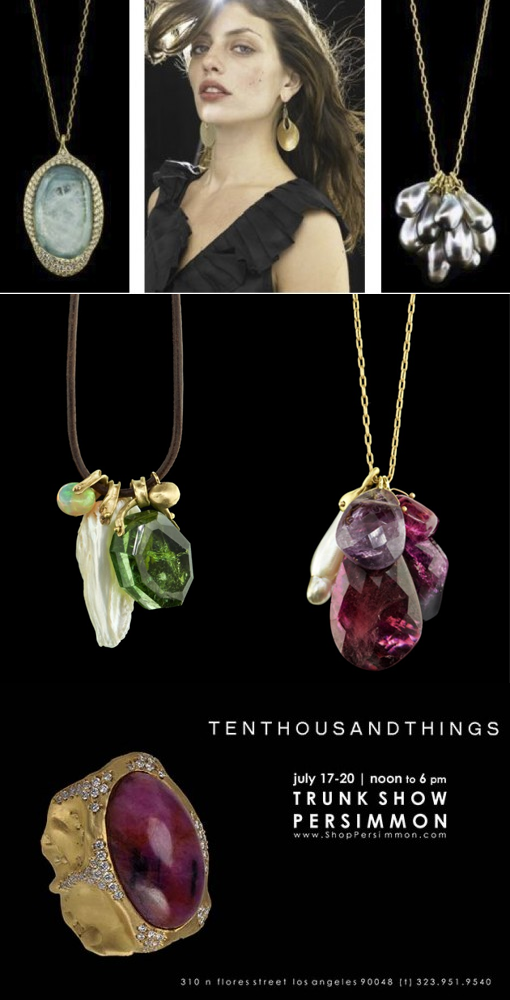 We’re trunk show junkies and it’s their very first time in LA!   The creators of TEN THOUSAND THINGS have just brought their 20th Anniversary Collection to Persimmon and it’s here until July 20th. Recognized as some of the most celebrated jewelry creators of today, CFDA Designers David Rees & Ron Anderson are fixtures in the New York fashion scene along with their pioneering store in NYC’s meatpacking district.

The Blonde and The Brunette are stopping by to personally experience some of their infinite creativity channeled into very feminine, organic, and elegant styles.  They’ve also brought lots of one-of-a-kind pieces made exclusively for the event.

By the way, the name TEN THOUSAND THINGS is taken from a line of ancient Chinese philosophy: “from one thing begets the ten thousand things.” Jewelry is all about karma. These guys have it in spades.