Newsweek has proclaimed it “a can’t put-it-down story”.  So with “The Hunger Games” beating almost every box office record, we are curious to see if  the film will be the box office champ for the 5th week in a row; and you know us, we also had to tie in the fashion element.  But, let’s set the stage. 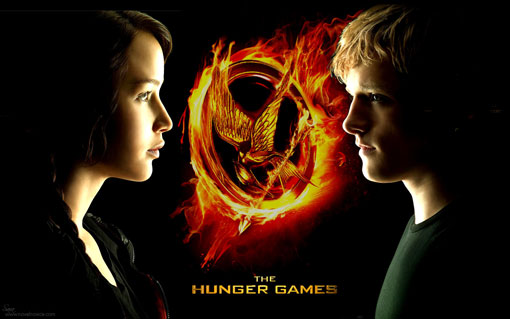 If  for some reason you don’t know the basic story, without us giving it away, The Hunger Games is the first installment in a remarkable literary trilogy, written in 2008 by Suzanne Collins.  The story takes place in the not-so-distant apocalyptic future.  In the ruins of a place, once known as North America, lies the nation of Panem, a shining Capital surrounded by twelve outlying districts.  The Capital is harsh and cruel and keeps the other districts in line by forcing them to participate in the annual Hunger Games, a fight-to-the death game on live TV.  Each year, one boy and one girl between the ages of twelve and sixteen are selected by lottery to play.  The winner brings riches and favor to his or her district. But that is nothing compared to what the Capital wins: one more year of fearful compliance with its rules.

The heroine and story center around sixteen-year-old Katniss Everdeen, played by the stunning Oscar-nominated actress Jennifer Lawrence, who lives alone with her mother and younger sister.  She regards it as a death sentence when she is forced to represent her impoverished district in the Games.  Katniss has been close to dead before – and survival, for her, it is almost second nature.  Without really meaning to, she becomes a contender.  If she is to win, she will have to start making choices that weigh survival against humanity and life again.  So starts the drama and the action…and it does not let you go from its grip throughout the entire 142 minutes.

Although the film is not a totally accurate depiction of the book, this is almost irrelevant.The exquisite film making and cinematography technique more than compensate.  That said, Jennifer Lawrence gives a stunning, believable performance and is excellently balanced by her hunky counterparts, Liam Hemsworth and Josh Hutcherson, as her district competitor and potential love interest.  The dazzling characters from the Capital, Stanley Tucci, one of my all-time favorite actors, Elizabeth Banks, who is completely transformed, and Woody Harrelson, in the role of a lifetime, all turn in  potentiality Oscar-worthy performances.

To find out more about the plot (which has a few plot giveaways that I would not have wanted to know before going to see the film) click here.  If you are wondering why we are posting this today, well, the nerd in me wants to point out that even if you have seen it before, the way this film is shot deserves a second viewing  just so you can truly appreciate the artistry. 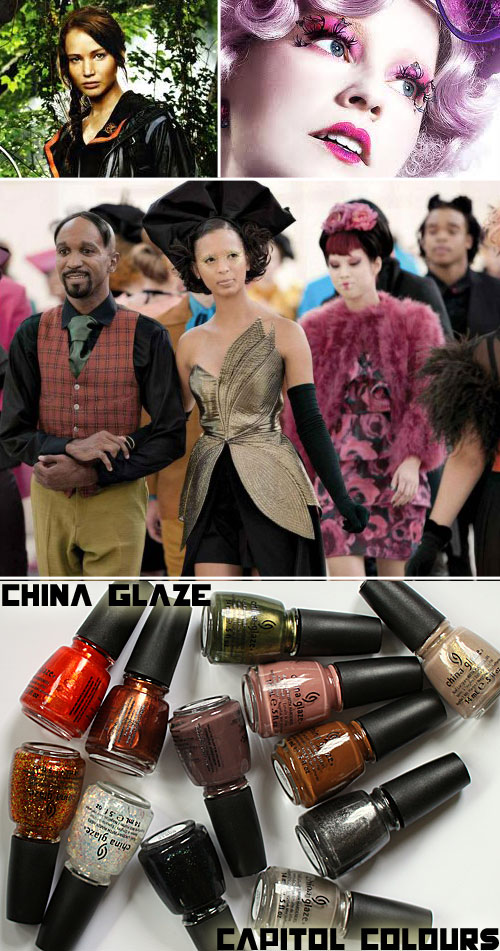 Here comes the fashion side of The Blonde & The Brunette: to commemorate the film, China Glaze created a thrilling collection of amazing lacquers that reflect and mimic the district and the Capital.  Colors are straight from the movie palette with outrageous names from “Dress Me Up”, “Foie Gras” (the height of decadence), “Riveting” and “Luxe and Lust”.  Many of them are based on the outrageous costumes and make-up.  Available at Ulta.  $7 each.  Be Brave.  Katniss is.

There are 1 Comments to "The Hunger Games Phenomenon"