posted by NJ Goldston, The Brunette on September 21, 2015 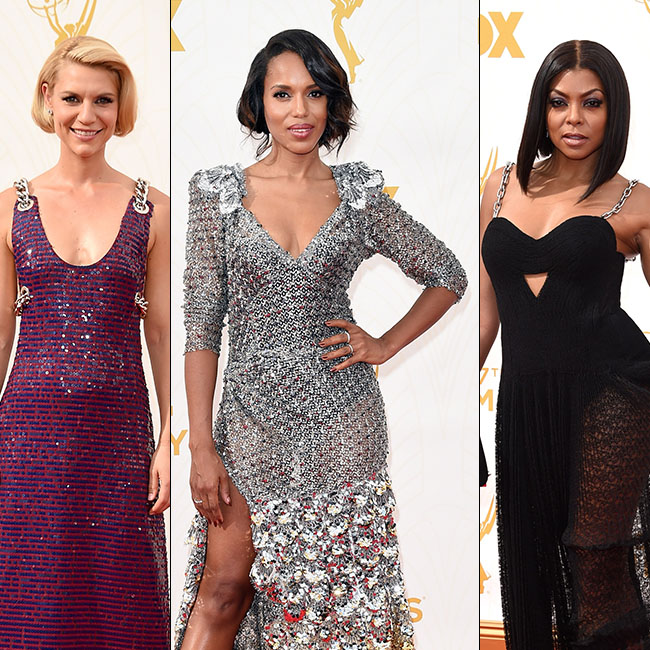 It was 106° on the Emmy Red Carpet so stars were struggling with staying cool and looking great. You’d never know it and our group of Best Dressed choices proves it.  For me, the Emmy Red Carpet is perfect for taking a fashion risk and not playing it safe. With Fashion Week going on simultaneously with the awards, many of these lucky ladies had first dibs on the newest looks, couture, or bespoke ready-to-wear gowns made just for them and not available to mere mortals. I am always a sucker for embellishment or anything that sparkles for a special occasion. So will Sophia Vergara in a St. John with thousands of sequins and crystals (and I have no idea how much she was paid to wear this dress) convince you to rethink the brand or Kerry Washington in straight off the runway Marc Jacobs SS16 have you lusting for next Spring right now (and then remember to buy the collection when it shows up in stores in February)? You tell us. One thing is for sure, Taraji P. Henson and Lady Gaga know how to rock a black gown while newly engaged Julianne Hough sizzled (in front of ex Ryan Seacrest) in a so now transparent gown and strapless gowns never goes out of style. But, the big fashion news was chains. Yes, chains. Taraji P. Henson in Alexander Wang, Claire Danes in Prada, and Kerry Washington in chain-mail. We likeee. 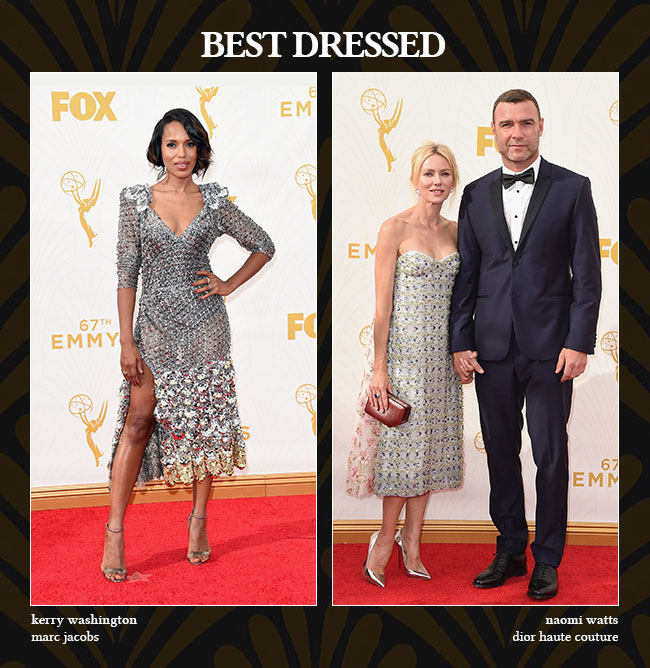 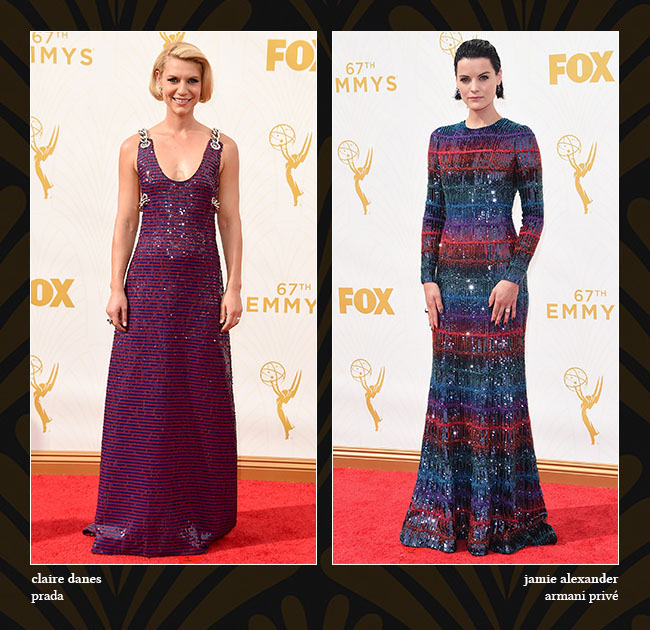 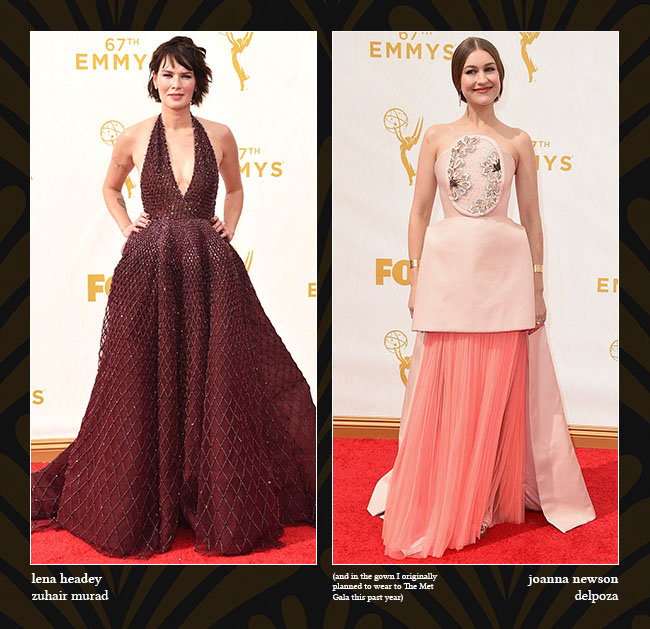 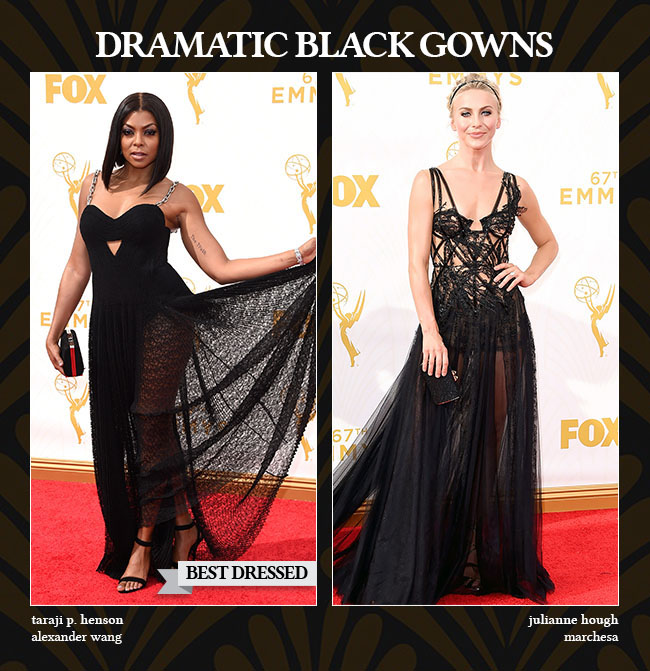 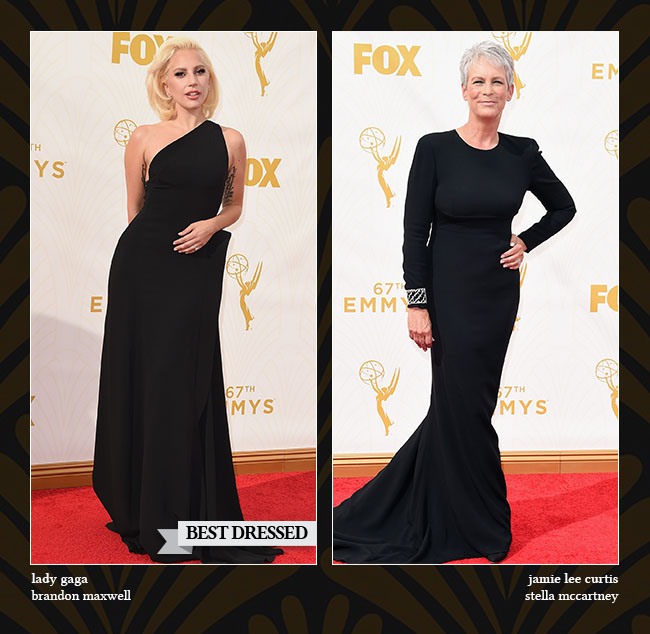 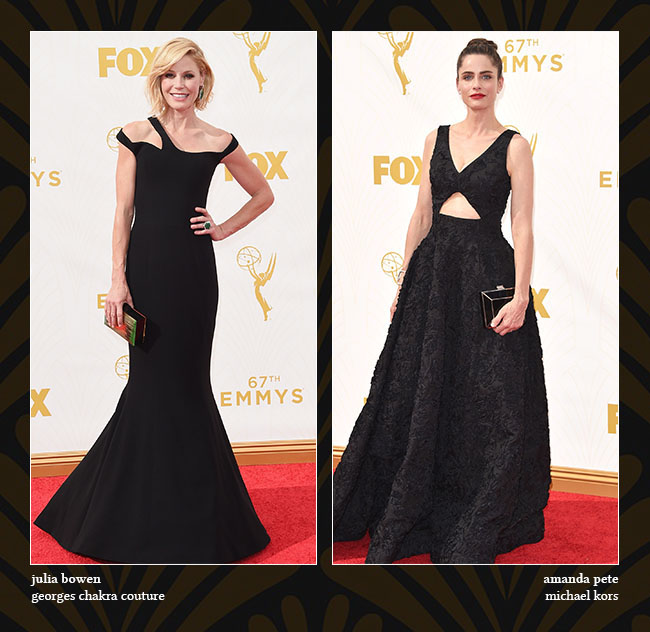 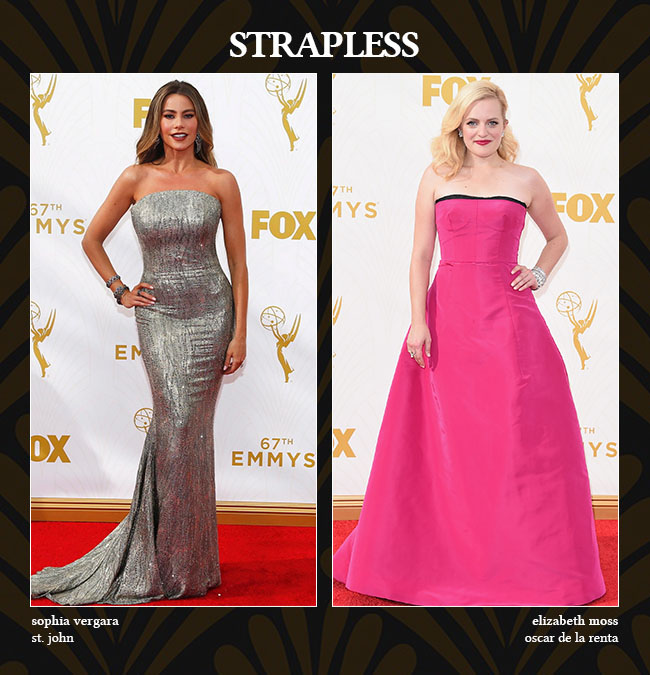 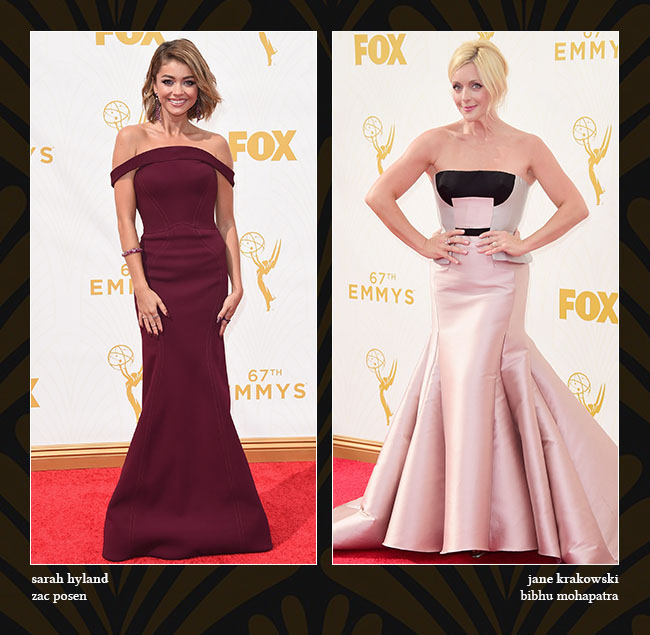 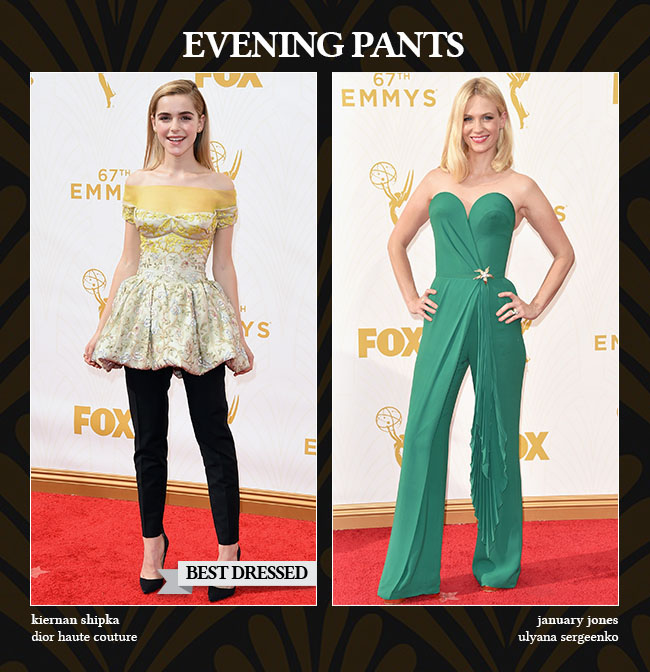 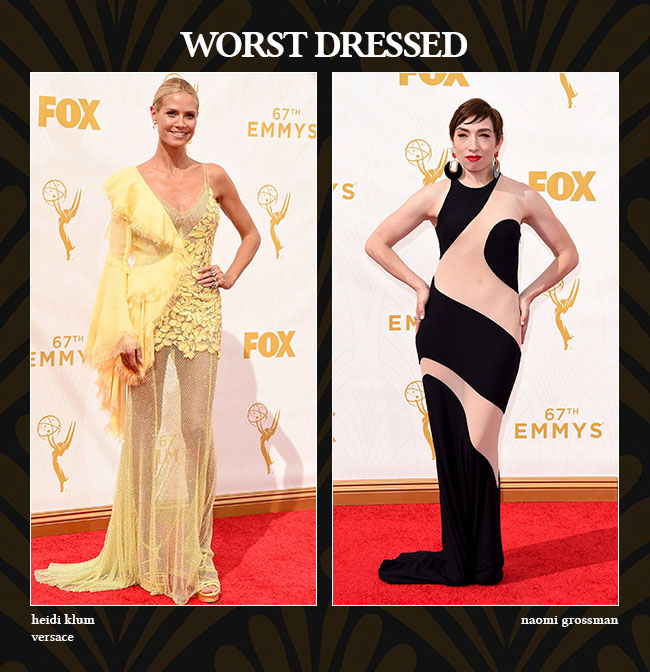 What can I say. Heidi Klum (channeling a bit of Big Bird) had a major fashion misstep and so did Naomi Grossman. Good dresses (o.k. that’s not true) just not for this occasion. Ladies, talk to your stylists or get one!

With Love From The Emmy Red Carpet